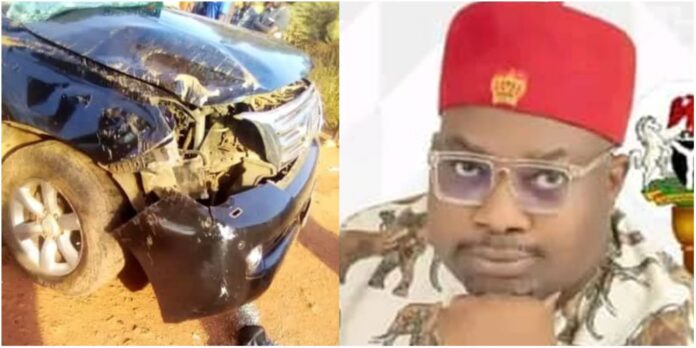 Pharm. Ejikeme Omeje, an All Progressives Congress (APC) candidate for the House of Representatives from the Nsukka/Igbo-Eze South Federal Constituency, has passed away.

A car accident along the Eden Ani/Nsukka route near the El-Rina hotel Nsukka claimed the life of Omeje, a leading party candidate in the Enugu North Senatorial Zone, on Tuesday morning.

The incident, according to an APC stakeholder from the area who confirmed it, happened when he was returning from a political event in Edem-Ani town.

According to reports, he was traveling alone on the Erina-Edem Ani route in Nsukka when he abruptly lost control of his vehicle, causing it to veer into the bush and strike a tree.
He was taken to the hospital right away, but he passed away early on Tuesday morning as a result of his severe injuries.