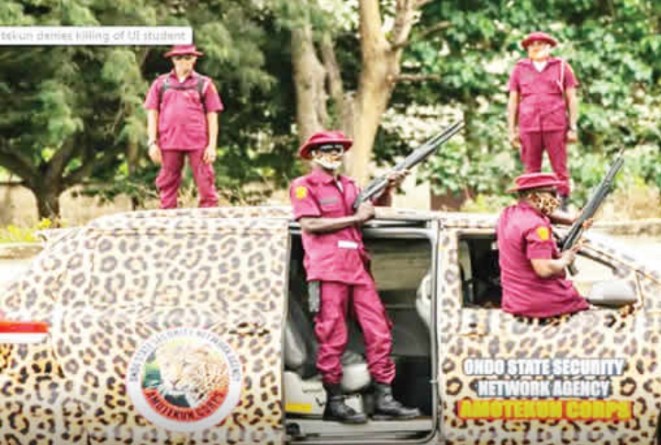 The victims were kidnapped while travelling with other church members from Benue State to Akure in the early hours of Saturday.

The kidnappers, it was gathered, marched the victims into the forest after flagging the moving vehicle down in their bus.

Two suspects were said to have been arrested by Men of Amotekun during the rescue operation after a swift response of the corps.

Following the incident, men of the Corps were said to have mobilised to comb the forest and rescued the victims.

He explained that they were rescued, after combing the forest of Ose local Government area of the state.

Yes we thank God for the the Rescues of the victims, even though our men are still on ground combing the bush.

“We responded immediately after the distress call and our men were able to rescue the victims into safety. The safety of life and properties of the good people of Ondo state is most paramount to the Corp”. He added.