AHEAD OF WAFCON 2023 FALCONS OPEN TRAINING CAMP IN ABUJA 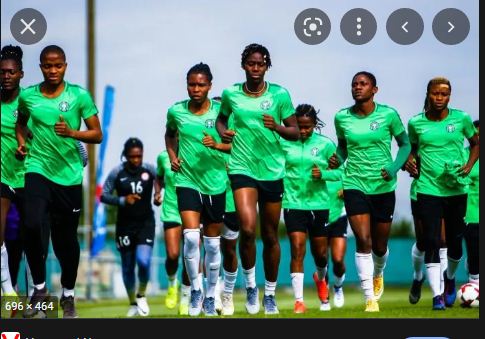 Cup holders Nigeria have commenced a training camp at the country’s Federal Capital Territory, Abuja ahead of next month’s 12th Women Africa Cup of Nations finals holding in Morocco.

July’s colourful houseparty in the North African kingdom is expected to generate greater media and global public interest than ever, with the exponential rise in the stature of women’s football helped by the tremendous gains of the last Women’s World Cup in France, robust deliberations on pay parity (with the men) and FIFA’s decision to hike the number of participating teams at next year’s Women’s World Cup finals to 32 – same as for the men’s World Cup.

Head Coach Randy Waldrum and assistants have the interesting challenge of quality and quantity of players – a useful blend of the old guard, talented youngsters from the home front and a number of skillful foreign-born stars who have been holding their own brilliantly.