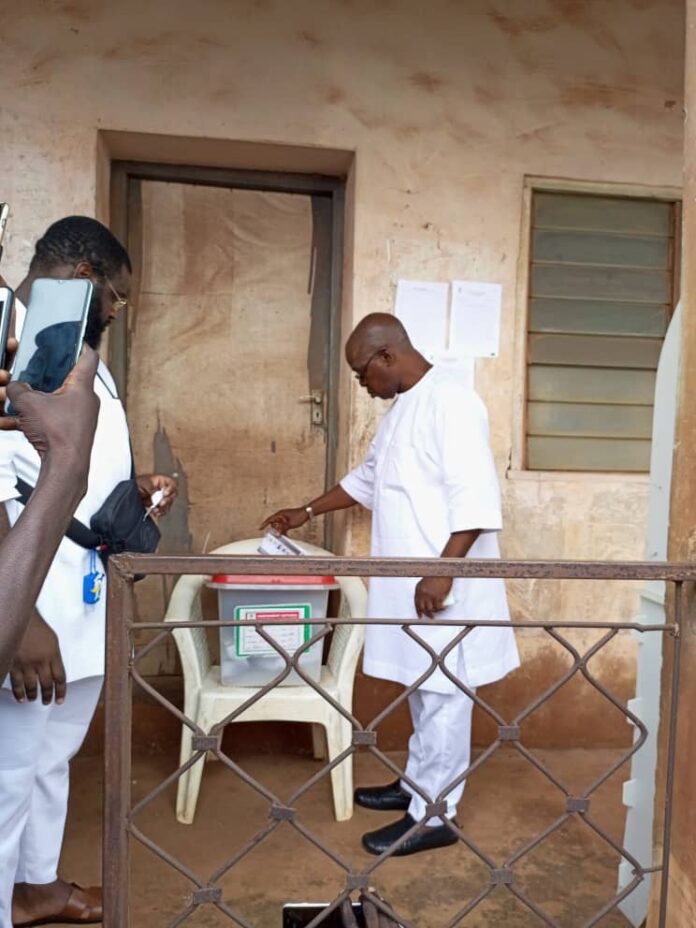 The governorship candidate of the Social Democratic Party, Segun Oni, has cast his vote at Ward 2, Unit 6 in Ifaki-Ekiti, his hometown.

The candidate and his wife, Kemi, arrived at the polling unit at around 10 am and they were given the opportunity to vote before others who were in the queue.

The couple did not have any issue with their accreditations and while speaking with journalists after casting his ballot, he complained of vote-buying in Ado-Ekiti and Oye-Ekiti.

Oni urged security agents to move quickly to stop this while describing it as a violation of the Electoral Act.

He said, “I have been told that selling and buying of votes are going on in Ado and Oye. This is not allowed by the law.

“I want security agents to move in and stop those doing that.”