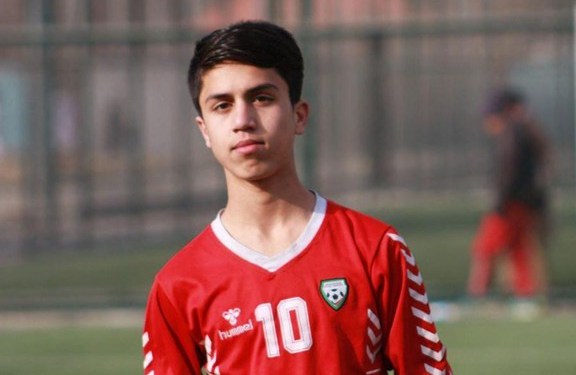 The Afghan teen who died in the landing gear of an American Air Force plane that was fleeing Kabul was a former national youth soccer team player.Zaki Anwari, 19, died at some point after rushing the plane, according to reports.

His remains were found when the C-17 Globemaster landed in Qatar, according to East2West News.

Anwari had attended the Franco-Afghan Esteghlal High School in Kabul, according to his social media. He played for the youth national team when he was 16.

“Very sad to hear that one of the youths who tried to leave #Kabul through grabbing the landing gear bay of a #USAF’s C-17A transport airplane few days ago was a player of #Afghanistan’s National youth soccer team, Zaki Anwari,” Babak Taghvaee, a journalist, tweeted.

Taghvaee had also reported that the plane had been diverted to Qatar because of the presence of stowaways in the landing gear.

Video showed Afghans rushing the plane and some footage even showed people falling to their death after planes took off.