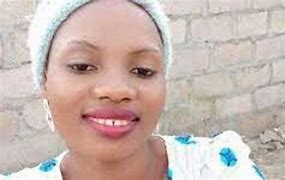 Ms Samuel was lynched on May 12 for alleged blasphemy against Prophet Muhammad.

The suspects, who are Samuel’s co-students, pleaded not guilty to the charges.

Police prosecutor Khalil Musa told the court that an investigation was in progress. He added that Samuel’s corpse was still in a morgue at the Usmanu Danfodiyo University Teaching Hospital, Sokoto.

However, Samuel was buried in her hometown in Niger State on Saturday. Her father said he paid N120,000 to transport her corpse to Niger as drivers were reluctant to carry her body.

Leading a team of 34 lawyers, the defence counsel, Prof. Mansur Ibrahim, applied for their bail on liberal terms, citing constitutional provisions and sections of the Administration of Criminal Justice Law

The trial judge (name withheld for security reasons) reserved the ruling on the bail application and ordered the accused to be remanded at a correctional centre.