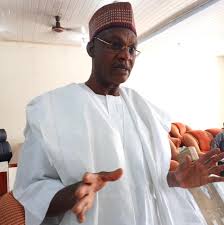 Prof. Tahir Mamman, Chairman, All Progressives Congress’ (APC) Constitution Review Committee, has dismissed insinuations that the party would not be as strong as it is now with the exit of President Muhammadu Buhari in 2023.

Mamman stated in an interview with journalists on Wednesday, shortly after the APC’s constitution review committee meeting of its Northeast stakeholders held in Gombe.

He said it was common knowledge that the APC as a party, had enjoyed the goodwill of President Buhari but expressed optimism that the party would remain in power “for a long time.’’

According to him, President Buhari is concerned about the fate of the party beyond 2023 and is putting mechanisms in place to connect the party to the grassroots to ensure its public acceptability.

He added that the current APC registration and revalidation and the ongoing constitution review of the party, were proofs that the party was preparing for greater feat than its victory in 2015.

“We know so much of APC revolves around our President from inception but that’s why the President himself is quite concerned and focused on strengthening the party, the structures of the party and its relationship with the masses.

“This is being done so that people connect with the party in terms of its progressive agenda and the concern of the party to address the general problems of the country.

“This we are doing so that it is not going to depend on the acceptability of one person or not. It is going to be connecting with the masses,’’ he said.

Mamman explained that APC registration was to ensure that “there is not going to be disconnect between the public and the APC in the process of institutionalising and connecting the party properly and deeply to the grassroots.’’

He said the revalidation and registration exercise of the party was encouraging, saying that “the first set of forms we rolled out was not even enough.

“And you can imagine that even if two-third of that number come out and vote for our presidential candidate, we are home and dry; we have a strong base,’’ the chairman insisted.

He said the Northeast stakeholders at the meeting had agreed to develop a common position in respect of what needed to reviewed in their party’s constitution and other issues relating to strengthening the participation of women and youths.

He said the role of his committee was to encourage stakeholders on what they (the northeast stakeholders) felt should be reviewed and when they finished, their submissions would be subjected to further review.

He said some of the burning issues that he hoped would be addressed through this review was that of women and youths participation, in view of the critical roles that these group of persons play during elections.

On his part, Gov. Inuwa Yahaya of Gombe said the meeting was key for the APC in the Northeast, as it would serve as a preparatory platform to secure victory for the party going forward.

“This meeting will help us prepare the grounds on which we shall overrun the whole of the sub-region and have predominantly APC states and give the support to the national for APC to remain in power,” he said.

The governor said the constitution of the party was meant to “ cement the fabrics of our relationship as members of the APC and the constitution is man-made and not a divine revelation and as such, being human beings, we are bound to have made some errors, or overlooked some of those issues that are needed to have been covered in it (constitution).

“But above all, in the cause of operating the constitution, there must be some lapses which we must be ready to correct in order to take our party and our people to the next level,” he said.

He stated that justice must be ensured in the process of the review to produce a document that would result to laudable objective in line with the mandate of the constitution review committee.

The governor commended President Buhari for his good leadership role for both the country and the APC which, according to him, was responsible for the level of progress the party had made in recent times.