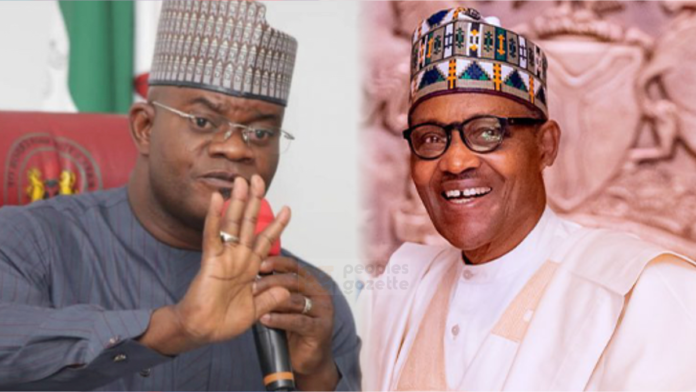 President Muhammadu Buhari is grooming young politicians to emerge as the next leader of Nigeria in 2023, says Governor Yahaya Bello.

Speaking further on his interest in succeeding the president in 2023 to “build on what the president has started,” the governor, while receiving Daura traditional and political leaders in his office, urged Nigerians to support Mr Buhari’s regime “whether in the open or secret.”

He also berated Nigerians criticising Mr Buhari’s ineptitude in running the country, describing them as ingrates.

According to him, Mr Buhari has been making sacrifices to secure and unite Nigeria since his military days, claiming that he is the only Nigerian president without foreign bank accounts, including overseas houses.

He added, “When Mr President succeeds, he is not succeeding for himself. His success is for Nigerians. Whoever is wishing him to fail is wishing Nigeria to fail.”

Mr Buhari’s regime has been heavily criticised for failing to curb worsening insecurity, corruption and revamp the country’s economy.

A recent publication by The Economist had highlighted Mr Buhari’s incompetence as president of the most populous black nation.

“When violence erupts, the government does nothing or cracks heads almost indiscriminately,” the London publication had said. It also stated that Mr Buhari has failed in his promise of curbing corruption and breeds resentment.

His media aide Garba Shehu had also admitted that insecurity has become rampant under the Buhari regime.

“The Economist is also accurate to state that they (insecurity challenges) have come to a head under President Buhari and the All Progressives Congress (APC) administration,” Mr Shehu said in a statement reacting to the report.