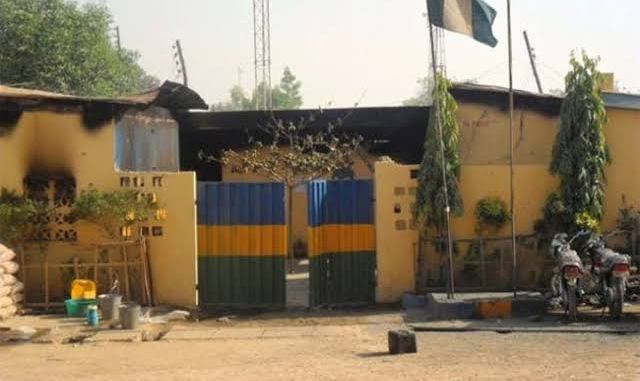 The hoodlums were also said to have freed all the inmates in the police station during the attack, which reportedly occurred at about 2am on Wednesday.

The attack was said to have lasted more than two hours amid sporadic gunshots by the gunmen.

Eyewitnesses said after setting the detainees free, the hoodlums went to the ammunition compartment and set it ablaze.

The security personnel in the area were said to have been overwhelmed by the attackers, who had reportedly given a notice of the attack before striking.

Three days before the incident, three AK-47 rifles were snatched from operatives guarding a Chinese company in the area, it was learnt.

Recall that eight persons were killed in the area two weeks ago during a clash with suspected Fulani herdsmen.

He said there would be an official statement on the incident later.