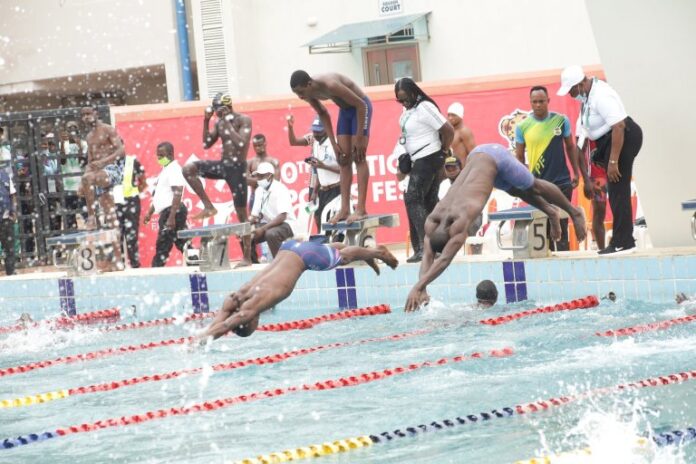 No fewer than Sixteen National and Festival records have so far been set in the swimming event at the ongoing 2020 National Sports Festival (NSF) in Benin City Edo State.

Swimming sensation Ifiezegbe Gagbe from Bayelsa, has been the cynosure of all eyes, with her new FR records in six events at the festival so far.

Another athlete, Timipamere Akiayefa of Delta, created two new records in 50m Backstroke for women and in the 50m Butterfly.