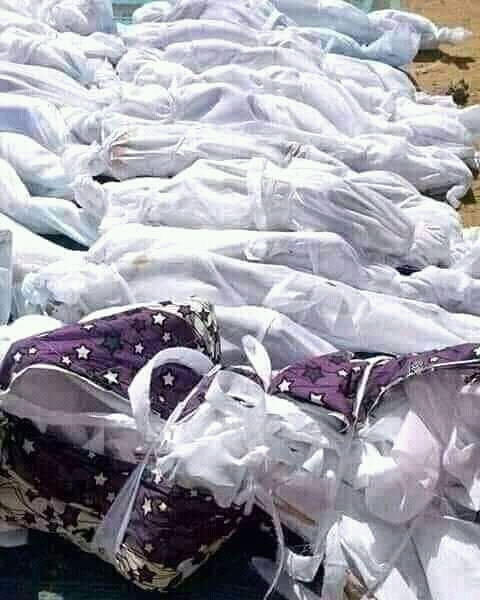 The death toll from the killings in Zamfara State is rising as reports from communities indicated that at least 90 corpses have so far been buried while many persons remain unaccounted for after the latest round of mayhem.

Reports of the attacks were given by displaced persons, officials and residents of the affected communities. The state government has also shut down four major markets to prevent fresh reprisal attacks by vigilante members.

The government was, however, silent on the casualty figures as it called on the security agencies to do more to provide security in vulnerable communities. Residents of Magami said they buried over 60 corpses on Friday morning, after earlier reporting the recovery of 53 bodies. They said many residents were still missing and feared killed.

The Chief Imam of the town, Sanusi Na’ibi, presided over the funeral prayer. Most of the corpses were brought in from surrounding villages but some resident said remote areas that could not move their corpses to the town held separate funeral prayers and burials.

“Gusau Local Government Area is the worst affected because the assailants attacked to kill and not loot,” a local source said. Closure of markets Meanwhile, the state government has ordered four markets shut down until further notice, to avert fresh attacks. Vigilante groups usually target suspected bandits at cattle markets to avenge attacks on agrarian communities.

They are also ordered to deal, ruthlessly, with anyone found violating law and order within and around the affected markets,” the state’s commissioner for information, Ibrahim Dosara, said in a statement on Thursday.

Mr Dosara said the government “noted with dismay, the callous act of terrorism meted to innocent people carrying out their legitimate businesses.”

He said the government had directed its Ministry of Humanitarian Affairs to urgently mobilise to the affected communities and provide relief materials to the families of the victims.

The commissioner lamented that the current violence happened when the state government was recording progress in its efforts to restore peace and security in the state. He said the governor, Bello Matawalle, had also implored security agencies in the state to collaborate to provide security to the areas and across the state.

They said the assailants carried sophisticated weapons and raided the villages on motorbikes, adding that most of the villages had been deserted following incessant attacks until some villagers started returning for the farming season.

In the Magami district of Gusau Local Government Area, the affected communities include Kango, Ruwan Dawa, Madaba, Arzikin Da and Mairairai, the closest of which is seven kilometres from Gusau town. Also affected are ‘Yarzaiga, ‘Yar-Doka and Gobirawa in Dansadau district of Maru Local government Area.

There has been a reported attacks a day before and also a reported apprehension in the Dansadau district of Maru Local Government Area following the killing of 20 people in separate attacks by rival groups in the area.

The sole administrator of Bakura local government, Aminu Suleiman, had told reporters that over 30 people were killed in Bakura and Maradun.

Mr Suleiman said the deaths were recorded over days of reprisal attacks between members of outlawed vigilante groups and bandits.