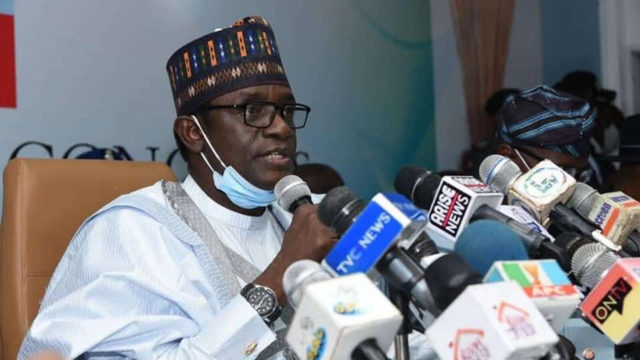 Yobe State Governor, Mai Mala Buni has ordered the reopening of boarding schools closed over the recent abduction of students rampant in the Northern states.

The reopening of schools was made at the weekend in Damaturu, while the military, security agencies, and stakeholders were reviewing the security situation across the state.

According to him, the reopening was to complete 2020/21 lost academic sessions of teachers and students.

Buni, who was represented by his deputy, Idi Barde Gubana, said the schools were shut on February 28, 2021, following the abduction of over 1,000 students in Katsina, Zamfara, Kaduna, and Niger states.

“The reopening of schools followed the review of the security situation by security agencies and stakeholders in the state,” he said.

He said the state government has taken adequate measures to protect people’s lives and property, including all schools across the state.

While briefing journalists on schools reopening, the Commissioner for Basic and Secondary Education, Dr. Mohammed Idriss said: “The bandits have been targeting educational institutions with the abduction of students in boarding schools.

`|The security agencies are to protect the schools with support and cooperation of school management, parents and guardians, among others.”

The Special Adviser on Security Matters, Brig-Gen. Dahiru Abdulsalam (rtd), said the bandits are frustrating the pursuance of western education.

He noted that the security agencies are committed to their responsibilities of protecting people’s lives and property, despite the security challenges.