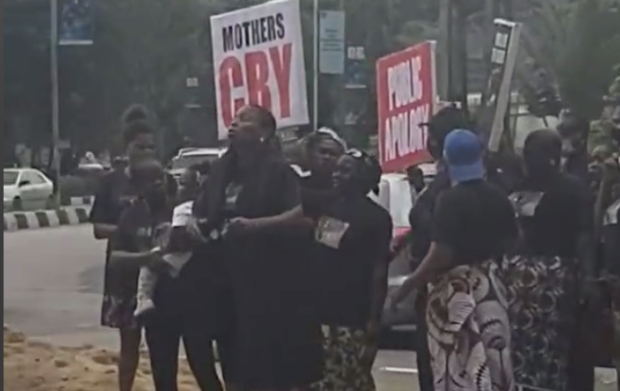 Women who claimed they lost their children during the Lekki Toll Gate Shooting have started a protest in front of Lagos State deputy governor’s residence in Ikoyi.

The protest is being led by Adetoun Onajobi, popularly known as Just Adetoun, one of the End SARS protesters Sanwo-Olu invited for a peace walk.

A white paper released by the Lagos State government contradicted the report of a judicial panel set up by the state governor Babajide Sanwo-Olu to investigate the shooting of unarmed anti-police brutality protesters by security operatives on the evening of October 20, 2020.

The panel said what happened that evening “could in content be described as a massacre.” But the state government said in the white paper that nobody died at the toll gate.