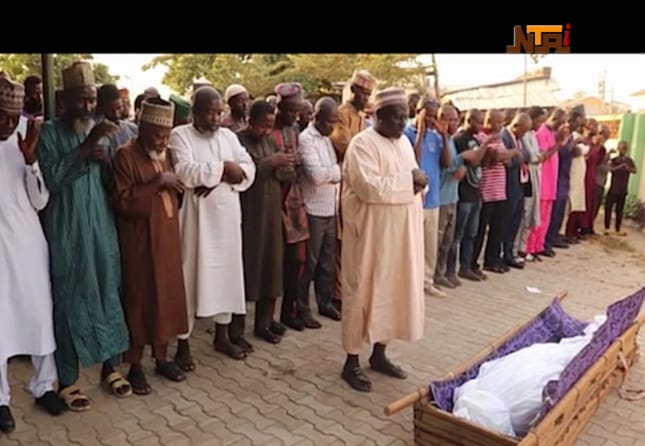 The identity of the woman crushed to death by a passenger train at the Chikakore axis of Kubwa, Abuja, has been revealed.

The woman killed has been identified as Selimota Idowu Suleiman, a staff of NTA Channel 5.

The deceased was on her way to the office when the incident happened at about 10am on Thursday, 15 December, 2022.

Until her death, late Selimota was a Principal Accountant with the Finance Department.

An eye witness said that the incident occurred about five minutes to the Kubwa Train Station, while Selimota, who was driving in her private vehicle attempted to cross the rail line as the Abuja-Kaduna train was coming on high speed.

The spokesperson of the Federal Capital Territory Police Command, DSP Josephine Adeh, confirmed the incident in a statement.

“FCT Police Command is aware of the unfortunate incident of Rail/ motor fatal accident that happened at Chikakore axis in the Kubwa Area council of the FCT,” the statement read.

“Upon receipt of the information crime scene investigators attached to the Byazin Divisional Police Headquarters drifted swiftly to the scene, took charge of the situation, where the victim was confirmed dead by a medical practitioner on the ground.

“Investigation has commenced by the railway division having jurisdiction over the track. Findings and safety tips already existing will be reiterated to ensure a non-repeat of the incident shortly.”