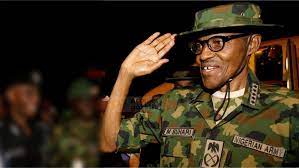 President Muhammadu Buhari has urged the Nigerian military to confront terrorists and wipe them off the face of the earth.

He said this in Kaduna State, yesterday, at the graduation ceremony of 247 students of the Senior Course 44 of the Armed Forces Command and Staff College, Jaji.

Buhari said: “The response of the Armed Forces of Nigeria to the Boko Haram insurgency, banditry, militancy, kidnapping, as well as activities of separatists and armed militias, among others, has been commendable.

“We have witnessed recent terrorist attacks bearing the hallmark of national and trans-border insurgents trying to cause havoc in Nigeria, as well as in neighboring countries. It’ll be part of your duty to confront these terrorists and insurgents and wipe them off the face of the earth and bring peace to our countries.”

The President noted that the last 12 years in the history of the country have been the most challenging, particularly, in the area of security.

He described ongoing collaboration of the Armed Forces of Nigeria, Cameroon, Niger Republic, Benin Republic and Chad to combat Boko Haram in the Lake Chad region as productive, commendable and successful.

According to a statement issued by his Senior Special Assistant on Media and Publicity, Garba Shehu, the President said: ‘’The synergy achieved in operating together must have been enhanced by an understanding of the doctrines of the cooperating forces.”