Wife dies in auto crash while chasing husband, side chic 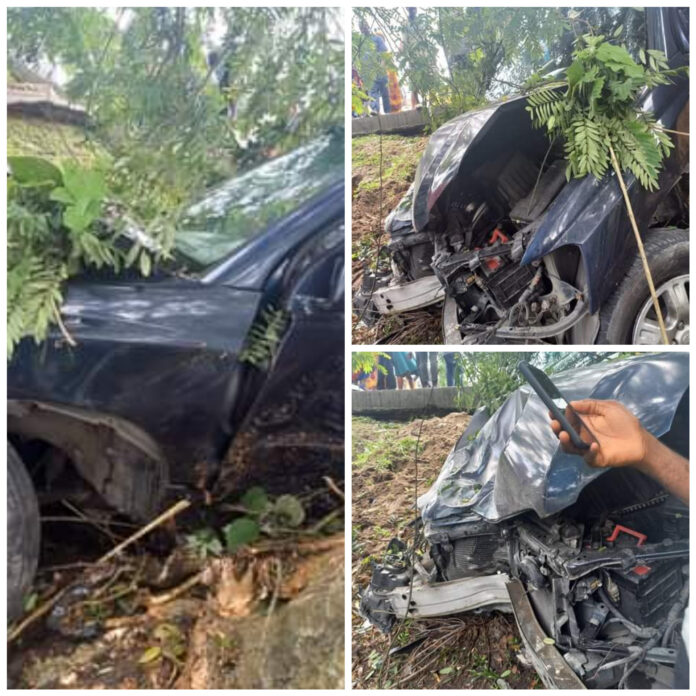 A woman, whose identity is yet to be known, was involved in a ghastly motor accident on Sunday evening in Calabar while allegedly chasing her husband on the highway.

The lady is said to have died minutes after being rushed to the hospital.

Eyewitnesses said the lady spotted her husband at SPAR Calabar Shopping Mall with another woman she suspected was dating her husband and decided to pursue after them.

A few minutes on the highway, she crashed off the road in an attempt to doublecross the duo.

An eyewitness explained, “The lady saw her husband at Spar shop with another woman in the car, so she hurriedly drove to double cross them. The husband saw her car and zoomed off, so the woman became aggressive and sped up.

“I was just driving behind them and, in less than three minutes, I saw her involved in the accident. She was unconscious at the point of death.

“The husband that was running suddenly dropped off the lady who was with him and rushed down to assist in reviving her from the car. She has been rushed to the hospital. We pray she survives it.”

Minutes later, the lady was later confirmed dead due to the injuries she sustained from the crash.

He said the incident was caused by overspeeding.

“Though the woman was immediately rushed to a nearby hospital, she died minutes later due to the injury sustained from the incident,” he said.

The incident has sparked numerous reactions on social media, with many ladies blaming the husband for the wife’s untimely and avoidable death.