Who succeeds Queen Elizabeth II? Here’s who is next in line to the throne. 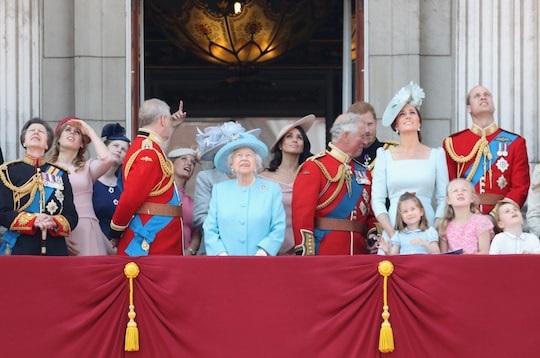 Queen Elizabeth II has died at age 96. The royal family gathered at her beside in Balmoral Castle in Scotland.

Britain’s longest-reigning monarch has been planning for her succession for some time. Members of the royal family, including Charles, the longest-serving heir in British history, have increased their responsibilities as the queen’s health declined.

Who will inherit the throne now that Queen Elizabeth has died

Charles, as the queen’s eldest son, inherits the sovereign title and job as head of the Commonwealth, along with other assets such as land and property.

In the past, the queen expressed desire for Charles to take over the Commonwealth. “It is my sincere wish that the Commonwealth will continue to offer stability and continuity for future generations, and will decide that one day the Prince of Wales should carry on the important work started by my father in 1949,” she said in 2018 after he was unanimously voted to be the next head.

Who is Charles, Prince of Wales?

Charles, 73, has waited decades to become king and is the longest-serving heir in British history. He is the eldest of four children born to the queen and her late husband, Prince Philip. When his mother assumed the throne at age 25, he became Britain’s heir apparent at age 3. Charles’s titles include Prince of Wales, Duke of Cornwall, Duke of Rothesay and Earl of Carrick.

Charles married Diana Spencer in 1981, and the couple became known as the Prince and Princess of Wales. They had two children, Princes William and Harry. Charles and Diana separated in 1992. Following Diana’s death in 1997, Charles married Camilla Parker Bowles, now known as the Duchess of Cornwall, in 2005.

How Princess Diana hit it off with Queen Elizabeth II

Charles has long campaigned for a better environment, championing global sustainability in speeches over the years. His work includes expanding education and opportunities for young people in the United Kingdom.

Will he be King Charles III?

Not necessarily. His full name is Charles Philip Arthur George, so he could select any of those as his regnal title. This means that Britain’s next monarch might not go by the name of Charles, or he could decide he wants to be referred to as King Philip or King Arthur.

Does that mean Camilla will be queen?

Usually, the wife of a king assumes the title of queen, however in Camilla’s case, this hasn’t been a given.

An agreement was made in 2005, at the time of Charles and Camilla’s wedding, that she would not be known as queen but as princess consort — although now that he is king, Charles could change her title to queen if he wishes. More recently, however, in a statement marking the 70th anniversary of her accession to the throne in February, Queen Elizabeth II said she wanted Camilla to be known as queen consort when Charles becomes king. Charles thanked his mother, saying he was “deeply conscious of the honour” for his “darling” wife.