When Buhari leaves power, good Nigerians will miss him – Adesina 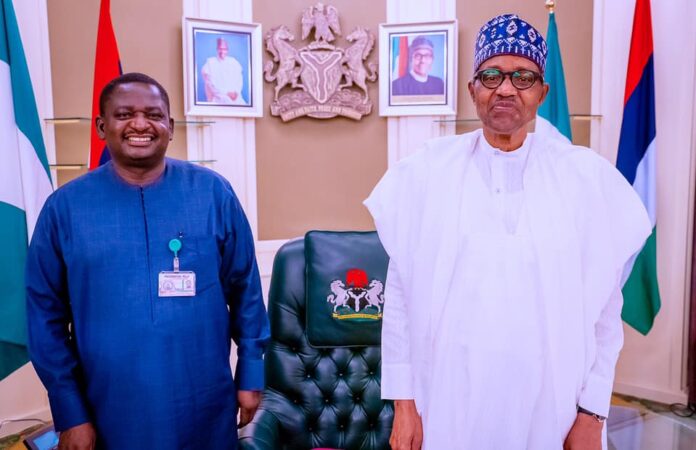 President Muhammadu Buhari’s special adviser on media and publicity, Femi Adesina, has stated that “good Nigerians” will miss their leader when he leaves office in 2023.

This was said by Adesina on Thursday in an essay titled “Buhari’s Footprints On Waterways” on his official Facebook page.

He noted that President has done his best for Nigeria, despite distractions from all fronts.

“He (Buhari) utilized and made our inland waterways more effective and efficient. Plus many more. Won’t good people miss him when he breasts the tape? This quiet performer. We will sure do. But we are delighted that he has done his best for Nigeria, despite distractions from all fronts,” he said.

Adesina added that Nigerians will always remember his principal the infrastructures put up by his administration.

He said, “It’s an oxymoron, isn’t it? You can’t physically see footprints on water, but then, that’s what President Muhammadu Buhari has done with the country’s waterways. He has planted his footprints on them, and they are some of the things that will stand him in good stead as he exits May 29, next year.

“Managing Director of National Inland Waterways Authority (NIWA), Chief (Dr) George Moghalu, was our guest at the 52nd edition of the weekly State House Press Briefing last week, and what an eye opener it was.

“It’s not only in infrastructure, security, anti-corruption, economic diversification, and the like, that President Buhari is making waves, he’s also doing so on water. Inland Waterways. Moghalu is the third Chief Executive of NIWA under this administration. First was Mr Boss Mustapha, who proceeded to become Secretary to the Government of the Federation (SGF) from the position.

“Next was Dr Olorunnimbe Mamora, who also got appointed Minister of State for Health, and is now substantive Minister at the Ministry of Science, Technology and Innovation. Then came the incumbent, and between them all, under the inspiration of the President, they have generated benign waves at our inland waterways.

“Moghalu sourced the achievements to encouragement by President Buhari, who would not just give you an assignment, but also give you the wherewithal and freedom to work. All he wants are results. Simple. You can see infrastructural projects in bold relief. Roads, you see, same for bridges, airports, rail network, and others. But when you sail on waterways, you may not know that quiet background work has been done to make your voyage safe. That is what NIWA does, and that is the support the President gives.”