West Ham are finally closing on deal for Emerson Palmieri with Chelsea. 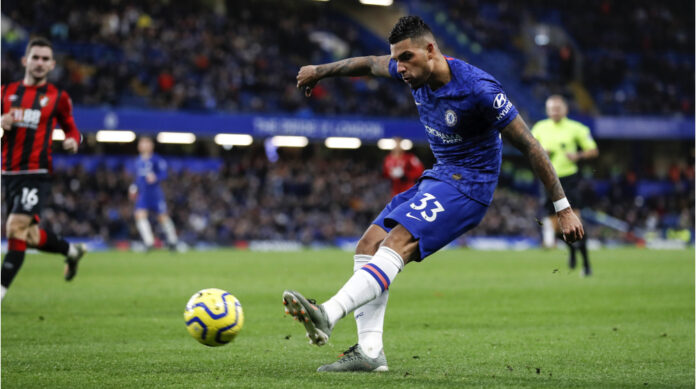 West Ham United and Chelsea are prepared to seal an agreement for a permanent move of Emerson Palmieri in a deal worth £13m plus £2m fee in adds-ons with Emerson to discuss personal terms over weekend according to source.

The 28, Italian full-back who is out of favour for Thomas Tuchel team due to the arrival of Marc Cucurella from Brighton & Hove Albion this summer. The Spaniard has featured in the first two games of the season. The 24-year-old started in the draw against Tottenham Hotspur.

Thomas Tuchel can also rely on Ben Chilwell in the left-wing-back role. With two quality players in the position, it’s difficult for Emerson to be guaranteed game time.

In the previous campaign, the Italian was on loan at Olympique Lyon. The 28-year-old played a key role for Les Gones in Ligue 1. The left-back made 36 appearances for the French outfit in the 2021/22 season in all competitions.

Emerson joined Chelsea from Roma in 2017. The Italian has played a bit-part role for the Blues over the years. The 28-year-old has featured 71 times for the Stamford Bridge side.

Chelsea visit Elland Road in the next fixture. Leeds United have started the season on a good note. Both teams have gained four points from their opening two games.

A move away is Emerson’s best chance of getting regular playing minutes. The World Cup in Qatar commences in November. and with West Ham and the Chelsea left-back coming to a consensus after their initial disagreement is a good thing for the two party and Chelsea FC .