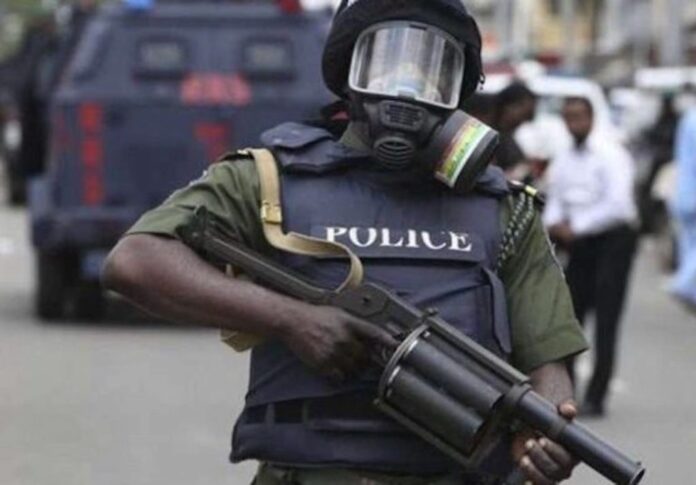 The procession automobiles will drive past the toll gate while yelling “End SARS,” according to the flyer that was distributed.

“But the moment anybody stops that person will be picked up and locked up in the van.”

Heavy police presence, with about 25 police cars and one black maria, can be seen at both sides of the toll gate.

As of the time of filing this report, the procession was yet to start.