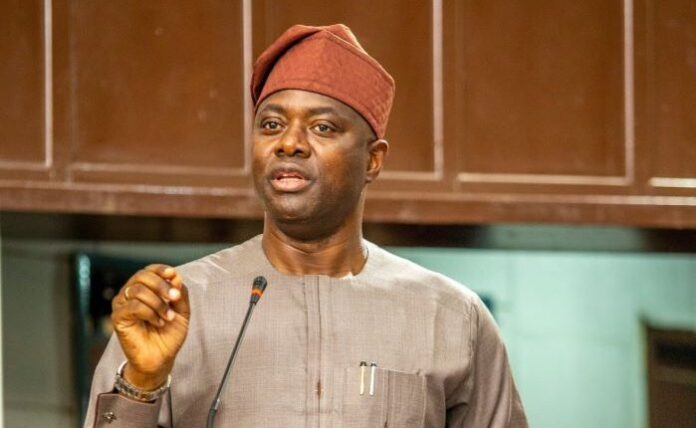 Oyo State Governor, Seyi Makinde, has assured commercial motorcycle riders in the state, of his resolve not to ban their activities, but wanted them to be more organised, to prevent criminally minded people from infiltrating them to commit crime.

The governor made the disclosure at the commissioning of two units of ultra-modern okada/tricycle loading points in the state, held at the Agodi-Gate’s junction amidst encomium.

Makinde, during the brief commissioning, stated that the points would be equipped with infrastructural facilities and that the points are roofed for passengers’ convenience as the rainy season has come.

Gov. Makinde said: “People that are using Okada to commit a crime, when you get organised, we can fish them out and we hand them over to the law enforcement agencies.”

“So, what we want you to do is get yourself organised. We have security challenges and motorcycle riders and tricycle owners will also have to help the government.”

“And I have also given the instruction that solar light to illuminate everywhere and everybody in the night. We don’t want to barn motorcycle or tricycle but it has to be regulated.”

“A toilet will be built here, so do not allow anyone to defecate anyhow. Even advanced countries use motorcycles and tricycle, so there is no reason we cannot manage this properly.”

“You motorcycle riders and tricycle riders contributed to this government emerging or not? What this government has done for you is that this is a pilot project. We want it in a way that those who want to board your ride won’t have to stay in the rain again as the rainy season is approaching,” Makinde said.

Lauding the state government’s efforts at stabilizing all sectors of the economy, the Special Adviser to Governor Makinde on Security Matters, Fatai Owoseni, noted that the points were facilitated to address insecurity matters which occur over trivial issues.

“In view of this, your excellency also feels that the transport operation of the state needs to be modernized to an extent and that is why we have resolved that the operation of Okada and keke napep will not be barred in this state but will be modernized.”

“In view of that, your excellency has also brought a global best practice to Oyo state which has translated to the construction of units is ultra-modern Okada and Keke Napep loading point at the pilot stage.”

“What you’re seeing today can take a total of about 90 Okada and about 20 Keke Napep at a goal on this side and the other side.”

“This will not only help the operation of the Okada and the Keke Napep but to the entire people of Oyo State who will not have to stand under the sun or rain to enter either Okada or Keke Napep.”

“I thank your Excellency for the opportunity that you have given us to translate your dreams to reality.”

Expressing delight at the loading points, chairmen of the public transporters, assured of judicious use of the park, which was done to comport their daily commercial activities.