‘We dedicate our campaign to achievements of Akwa Ibom PDP’ — Atiku 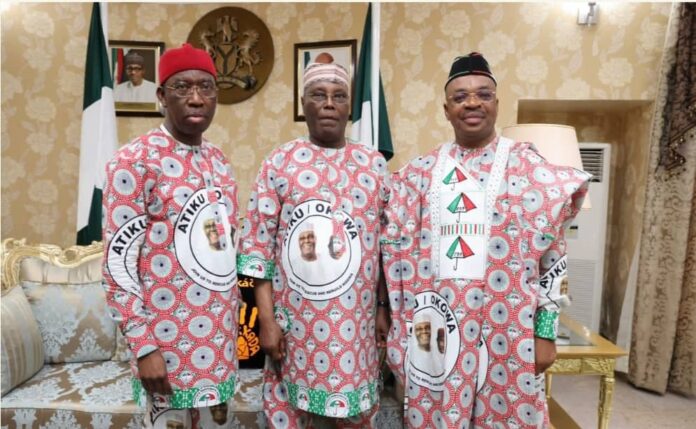 Atiku stated this while while addressing troops of PDP supporters at the official flag-off ceremony of the party’s presidential campaign flag-off, which took place at the Nest of Champions Stadium in Uyo, the Akwa Ibom state.

He said, “We dedicate the launching of this campaign to the achievements of the Akwa Ibom PDP in good governance.

“Having said that, when PDP came into power in 1999, we met Nigeria in a state of insecurity, hunger, lack of education. We lifted Nigeria from the bottom to the top,” he added.

The PDP shared a video showing Atiku, Okowa Udom and other PDP being ushered to the stage amid crowd of PDP supporters gathered at the campaign venue in Uyo, via his verified Twittle handle, on Monday.

The PDP presidential candidate was accompanied by his running mate, Governor Ifeanyi Okowa, Akwa Ibom State Governor, Udom Emmanuel among other party chieftains as they cheered up their mammoth of supporters.

Atiku had earlier shared a video showing crowd of PDP supporters gathered at the campaign venue in Uyo via his verified Twitter handle on Monday.