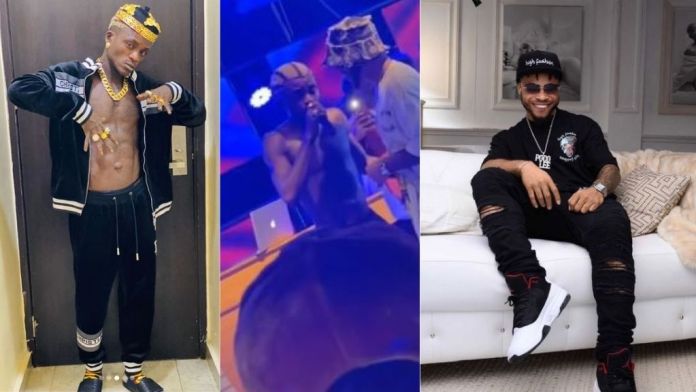 A video has surfaced online that reveals the moment fast-rising singer, Portable accused popular dancer, Poco Lee of reaping for the second time which has generated reactions from internet users.

However, following the release of the hit song “Zazoo Zeh” Portable calls out Poco Lee and accused the dancer of reaping him from the mainstream song “Zazoo Zeh”, he also added that Poco Lee gave him only $600 from the $3,000 Wizkid sprayed him at a recent event.

In a recent video that surfaced online, Portable once again while performing on stage jokingly accused Poco Lee of reaping him off for the second time.

While addressing the issue with Poco Lee on stage, Portable said they both sang the hit song “Zazoo Zeh” together but he’s the one seeing all the fine girls and he didn’t give him anyone of them.

Watch the video below;