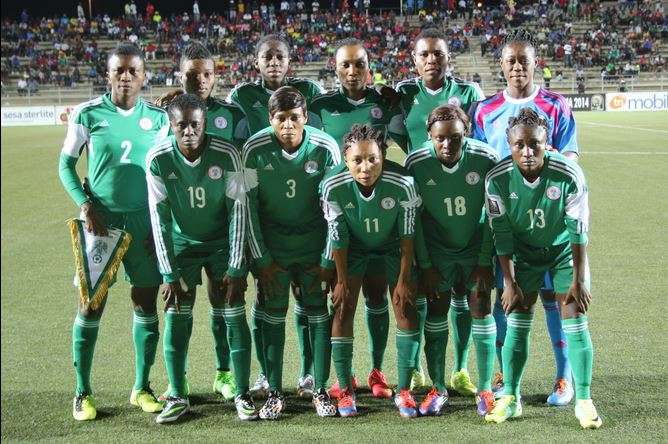 An unidentified man has been heard heckling the Nigerian female football national team, Super Falcons, in a bus in Austria, condemning them for representing “a terrorist government.”

In the video which was shared on Twitter by Fisayo Dairo, a Nigerian sports journalist, the man who claimed to be a Nigerian citizen based in Vienna, harassed members of team for representing a government that is “killing its people and kidnapping them.”

It is unclear exactly when the video was taken or when the actual event itself took place, but the man in reference could be heard screaming at the ladies saying they were representing a “terrorist organisation.”

The Super Falcons have been in Vienna since Sunday on an eight-day training programme to prepare for the Aisha Buhari Invitational Women Football Tournament billed to hold in Lagos.

It is however unclear how the heckler got into the team’s bus or whether the Nigerian national team was travelling in a public bus.

He went further to tell the ladies that “every one of you here should be ashamed of yourselves… this can’t happen in another European country.”

Other foreign passengers on the bus are seen trying to calm the heckler down but he rebuffed them insisting he had the right to talk to the ladies roughly.

He also threatened to call the police if those on the bus touched him as he got into a near altercation with one of the squad members who could no longer put up with his invectives.

The Buhari regime continues to face stiff opposition from many Nigerians in the diaspora who are cross with his style of leadership.

Separatist agitations have been largely supported by the diaspora community. These agitators have held several rallies across Europe and beyond to protest against the Buhari regime.

In April, Nigerians in London demonstrated for days when Mr Buhari visited for his medical examination. The protest did not stop until he was “chased out” of Britain.

The Nigerian Football Federation is yet to react to the development though its president, Amaju Pinnick, was tagged in the video by Mr Dairo.