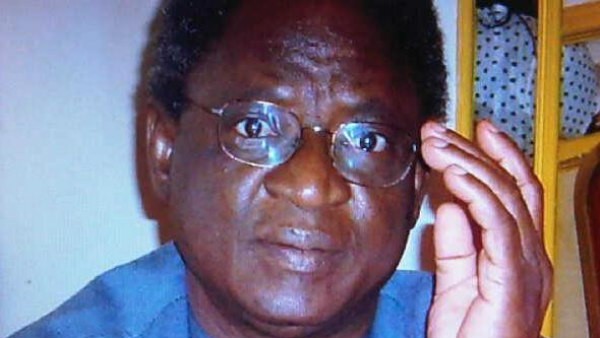 Veteran filmmaker and media personality, Ladi Ladebo has died. He died on Friday, April 16, 2021 at the age of 78.

A statement from his family signed by his daughter, Precious Ladebo Osagie, reads:

“With gratitude to God for a life well lived, we announce the passing on to glory of our dearly beloved, Husband, Father and Grandfather, Raymond Oladipupo Ladebo who passed away peacefully on Friday the 16th of April 2021 in London United Kingdom; he was 78 years old.

“An intimate memorial service will be held on May 7th, 2021 in London UK.

“Ladi as he was fondly called, was survived by his wife Irene Ladebo, his 3 daughters and 2 grand children.

Born on May 7, 1942, ‘Uncle Ladi’ as he was known in the film and media circuits in Nigeria, was a renowned producer and director of famous works such Bisi – Daughter of the River (co-author/producer), 1977; Countdown at Kusini (co author/producer) 1974 in collaboration with Ossie Davis; The Silent Sufferer (on WF) 1992 in collaboration with UNESCO/UNFPA; Vendor (writer/ director) 1987 for MAMSER, and several Television serials including Pariah, and The Thrift Collector, which starred ace actors Albert Egbe and maverick artiste, Tar Ukor, among other major stars.

The late veteran holds a Bachelor of Science in Business Administration from the Bowling GreenState University, Ohio, USA (1968), he also earned an MBA in Marketing from the New York University Graduate School of Business in 1969.

Before taking up film production fully, he had worked as MediaAnalyst/Account Executive with Ogilvy & Mather, NewYork, USA, 1969-72; Clerk, Central Bank, 1963-65.

A multi-award-winning filmmaker, he earned several laurels while active in his beloved filmmaking venture. These include: Best Script, Best Photography, Best Director and Best Feature Film, for Vendor at the first Nigerian Film Festival in 1992.