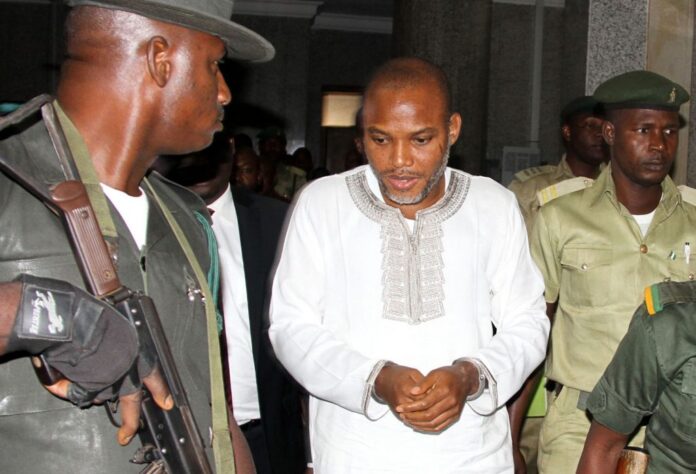 Kanu, who is also a British citizen, was arrested last Sunday and extradited to Nigeria to face trial for alleged treason.

Abubakar Malami, attorney-general of the federation (AGF), said on Tuesday that the IPOB leader was “intercepted through the collaborative efforts of Nigerian intelligence and security services”.

Malami did not state where the separatist leader was arrested, but it was learnt that Kanu, who is based in the UK, was lured to an African country with a promise of cash donations and was then picked up.

Some news platform had also reported how UK’s move to weigh in on the matter hit a brick wall when Malami rebuffed Catriona Laing, UK high commissioner to Nigeria, who tried to raise the issue of Kanu’s arrest during a meeting in Abuja.

In a schedule posted on its website, the UK parliament said it will discuss “the circumstances surrounding the transfer of Mr Kanu to Nigeria against his will”, among other issues.

According to the document, Lord Alton of Liverpool will be raising the issue at the House of Lords and will ask the British government on Kanu’s repatriation to Nigeria.

“To ask Her Majesty’s Government what assessment they have made of (1) the alleged role of the government of Kenya in the detention and alleged mistreatment of Nigerian activist Nnamdi Kanu, (2) the circumstances surrounding the transfer of Mr Kanu to Nigeria against his will, and (3) of any assistance being provided to him by the high commission in Abuja,” the document reads.