Tinubu sympathizes with victims of flood in Kogi, Edo, Nasarawa 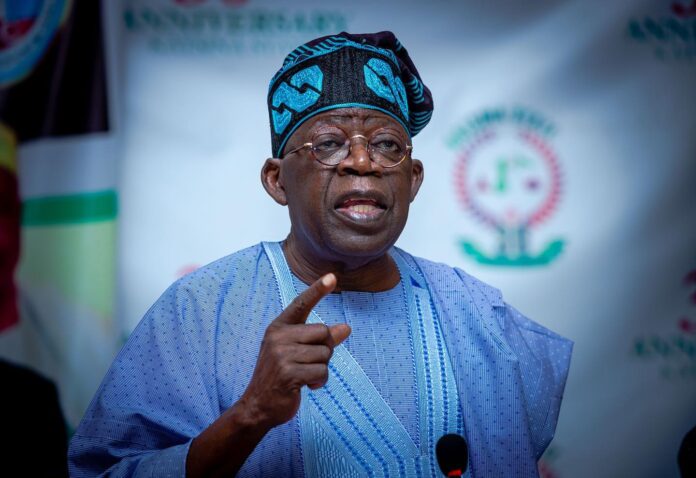 All Progressives Congress Presidential Candidate, Asiwaju Bola Ahmed Tinubu, has sent his message of sympathy to the governments and people of Kogi, Nasarawa and Edo States over the recent flooding that wrecked havoc in parts of the states, most especially Lokoja, Kogi State capital.

Tinubu who returned to Nigeria on Thursday evening after a short travel abroad said he had followed the news of recent flooding in some states while he was away and was particularly touched by the hardship the flood had caused in Kogi, Nasarawa and Edo states.

The APC presidential candidate while sympathising with Governors Yahaya Bello, Godwin Obaseki and Abdullahi Sule urged them to be strong in the face of this challenge.
He urged them to provide succour to the victims who are still in distress.

“I returned to Nigeria yesterday evening. And having been following the sad news of flooding that wrecked havoc and brought untold hardship on our people in Kogi, Nasarawa and Edo States, I sympathise with the Governors of these state who as first responders are battling to provide succour and support to the victims. I am deeply saddened by the news of loss of unquantifiable properties, farmlands and huge investments in agricultural produce in Nasarawa.

“The images of this flood in Lokoja and its environment call for fast and coordinated response to bring immediate relief to our people while government work on lasting solutions to this problem.

“I call on the Federal Government to work with the affected states so that our people who have been displaced from their homes can return to normal life as soon as possible.

“While I pray that God comforts all victims who are hard pressed for their losses, I stand in solidarity with Governors Yahaya Bello, Godwin Obaseki and Abdullahi Sule as they provide the leadership and necessary encouragement to our people in their respective states.”