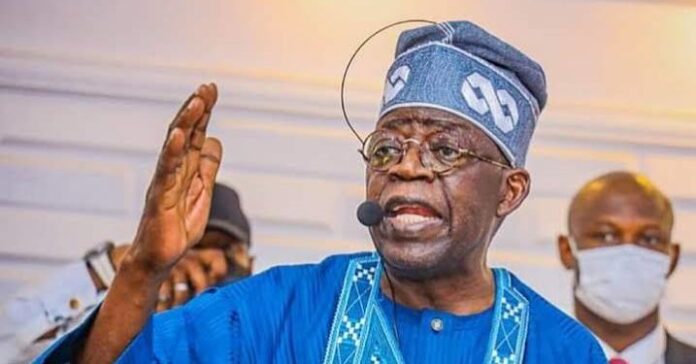 An Abuja-based human rights lawyer, Pelumi Olajengbesi, has lambasted the Presidential Candidate of the All Progressives Congress, APC, Bola Tinubu, over the disparaging statement he made against the Labour Party, the Peoples Democratic Party and other opposition parties in Osun State, saying they would “labour till they die.”

Olajengbesi in a statement on Wednesday in Abuja while reacting to the comment by Tinubu during the APC rally in Osogbo, the Osun State capital ahead of the Osun governorship poll on July 16, said Tinubu should not monopolise Osun State as he did with Lagos.

The lawyer argued that Tinubu’s statement showed that he was not a democrat as he has been portraying himself to his followers, since divergent views and the right to aspire to vote and be voted for are some cardinal tenets of democracy anywhere in the world.

“Think about your children and vote accordingly so you can see the future. Come out en masse. Don’t mind PDP and other mushroom parties — parties like Labour; they will labour till they die. God will not make you labourers,” Tinubu had remarked during the rally.

Reacting, the lawyer said, “The statement of APC presidential candidate, Bola Tinubu, in Osun State on Tuesday showed that he is not a true democrat as his supporters paint him to be. It is partisanship taken too far.

“Tinubu’s statement is uncharitable and unexpected of an APC National Leader or even a presidential candidate. It goes to show that if elected, Tinubu will strike out other parties into non-existence like he did in Lagos where his party has monopolised for 23 unbroken years now,” Olajengbesi said in the statement.

“Nobody and no registered party by the Independent National Electoral Commission should be disparaged for contesting in an election. The people of Osun should be free to elect whoever they want whether Oyetola, PDP’s Ademola Adeleke, Labour Party’s Lasun Yusuf, or any other candidate of their choice come July 16.

“Tinubu’s statement in Osun is tantamount to voters’ intimidation and the former Lagos governor should apologise for such indecent comment. We are in a democracy, not an autocracy.”

“Going by his statement, the APC presidential candidate might go as far as strangulating the remaining 17 political parties to death if he ever gets into office,” The statement added.