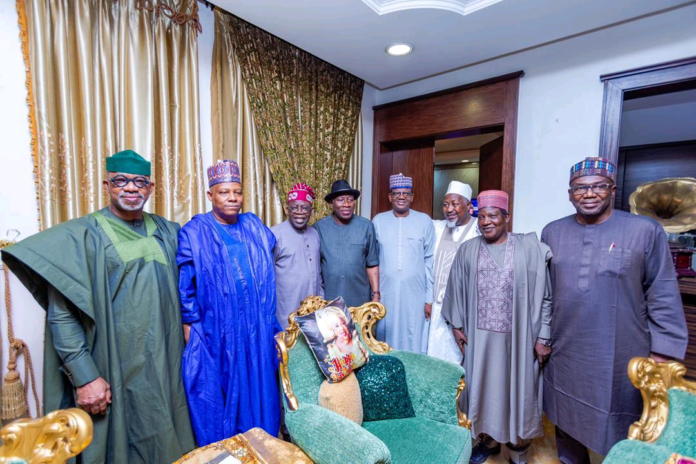 Bola Tinubu, presidential candidate of the All Progressives Congress (APC), and Kashim Shettima, his running mate, on Tuesday, paid a visit to former President Goodluck Jonathan.

Save for a picture that surfaced online following the meeting, details of what was discussed are not yet known.

In recent times, APC stalwarts have made efforts to woo the former president to the ruling party.

In April, supporters of the former president — who is a member of the Peoples Democratic Party (PDP) — besieged his home in Abuja, calling on him to contest the 2023 presidential election.

Said Jonathan in response: “You are calling me to come and declare for the next election. I cannot tell you I’m declaring. The political process is ongoing. Just watch out”.

A few days later, a northern coalition bought the APC presidential expression of interest and nomination forms for Jonathan, but he turned down the gesture and denied approving the purchase.

The former president also failed to show up for the screening exercise of presidential candidates of the ruling party.