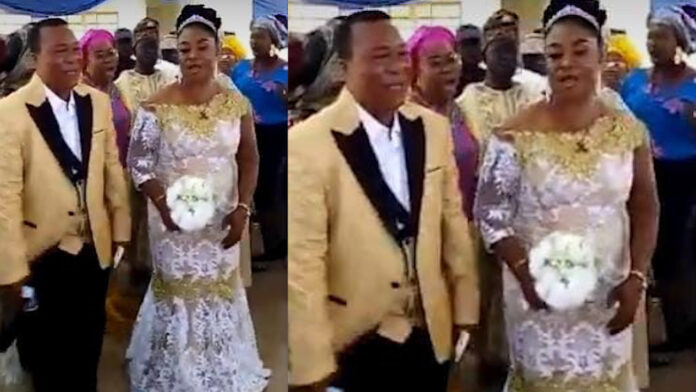 Three weeks after his wedding, popular veteran Juju Artiste, Soko exponent, Dayo Kujore is dead, his junior colleague, Kola ‘Gbedu’ Ogunkoya confirmed his shocking passage in a Facebook post: “He wrote: BABA is gone. Legendary Dayo Kujore am sure you will be more happy in heaven looking back at all your good vibes…

Cause of his death is yet to be disclosed as at the time of putting this report together.
Wonder Dayo Kujore was born on 4th of April 1958 at  Robiyan, Igbore, Ogun, Nigeria. Dayo Kujore took interest in playing musical instrument at African church in Igboro in Ogun state while his elder brother was a choirmaster.

His fans ‘baptised’ him with the name “Wonder”  after being impressed with his dexterity in playing the guitar and keyboard at a tender age. He attended African Church primary school and then went to African church secondary School for his post elementary education both schools were in Igboro in Abeokuta Ogun state. From there he went to Soba technical school in Ojuelegba in Lagos State where he trained as an engineer. Dayo Kujore has several wives and he is blessed with lovely children including Ayinke Kujore who is following the footsteps of her father.
During his  heyday, the rivalry  between him and AfroJuju creator, Sir Shina Peters divided Juju music fans and was widely reported in the media.