The Redeemed Christian Church of God has cleared the air on the explosion that rocked an area near the church on Monday. 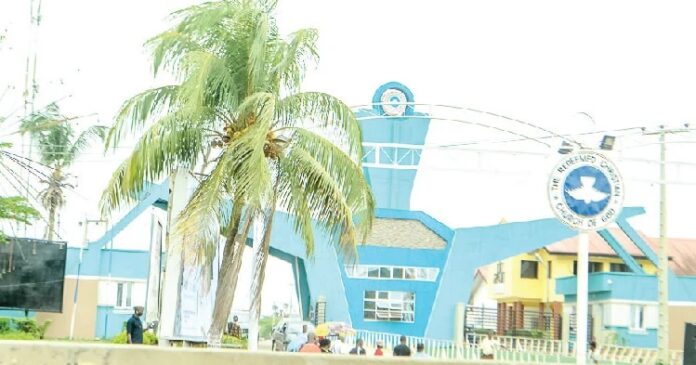 According to report that a gas plant exploded, causing a fire incident near the Redemption Camp at Mowe Bus Stop, in the Obafemi Owode Local Government Area of Ogun State.

The explosion had caused panic in the area as residents and workers at various institutions within the area had been running heater-skelter to keep safe.

In a statement on Monday, the Public Relations Unit of the church said noted that the explosion was not on its premises.

“The leadership of the Redeemed Christian Church of God wishes to empathise with the people involved in the unfortunate gas explosion that occurred in the early hours of Monday, August 29, 2022. This incident which has been brought under control by the combined efforts of the RCCG Fire Service and Lagos Fire Service occurred inside Axella Gas depot on the Sagamu-bound traffic in between the Car Park C gate and the main gate of the Redemption City.

“Against the news making the round, the incident was completely outside of the Redemption City and our fire service team only responded as part of our community service support to our neighbours within the environ.

“We thank God the incident has been put under control and will like to inform all residents and visitors to the Redemption City that there is not scare of any sort and everyone can go about their lawful and godly activities.”