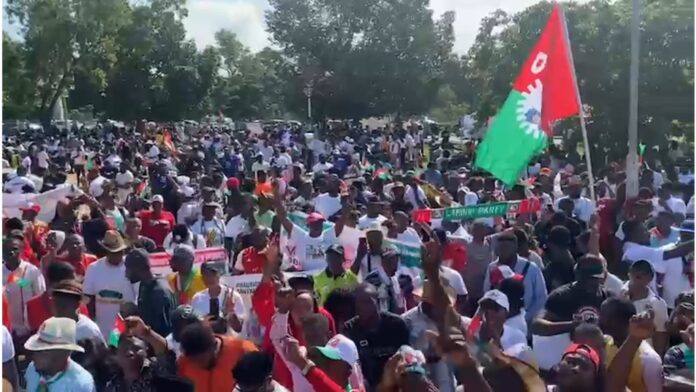 We said rally not Passover, supporters of the Presidential candidate of the Labour Party, Mr Peter Obi, are currently carrying out a rally in the Federal Capital Territory, Abuja.

The rally began from the Unity Fountain to the Moshood Abiola National Stadium amid security presence.

Demonstrators had last week staged a rally in Ebonyi State.

Obi is a former governor of Anambra State contesting the 2023 presidential election alongside Mr Bola Tinubu of the All Progressives Congress, Atiku Abubakar of the Peoples Democratic Party, and Omoyele Sowore of the African Action Congress, among others.