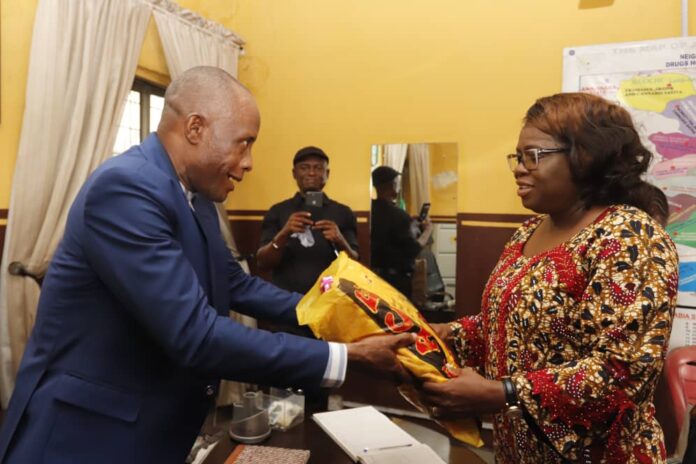 The wife of Abia State Governor, Dr Nkechi Ikpeazu says, she is upscaling her involvement in the fight against substance abuse through advocacy, sensitisation as well as interventions to promote care and recovery for those who have been exposed to misuse.

Dr Ikpeazu, stated this when she visited the state headquarters of the National Drug Law Enforcement Agency in Aba and stated that her Foundation, the Vicar Hope Foundation, will introduce a set of programmes that would support the NDLEA in public enlightenment.

The wife of the Governor, who was emotionally disturbed at the sight of some promising youths, mostly graduates who were at the rehabilitation centre, strongly condemned the use of drugs.

She enumerated that drug addiction could cause untimely death, mental illness, and rustication from school, while abusers were prone to violence and crime among others.

The First Lady cautioned the youths against drug intake, peddling and abuse, and emphasised the need for parents, community leaders, non-governmental organisations, religious bodies, government and other relevant stakeholders to join forces in the campaign against drug abuse in the state and country at large.

While praying for the total rehabilitation of the clients at the NDLEA rehabilitation facility, Ikpeazu promised to look into the challenges raised by the clients in the rehabilitation centre and commenced the unrelenting fight against drug abuse in the country by the agency as well as their efforts at rehabilitating victims of drugs abuse.

Earlier, the State Acting Commander of NDLEA, MacLean Ebani, appreciated the wife of the Governor for finding time to visit and show her support to the outfit in their fight against drug abuse.