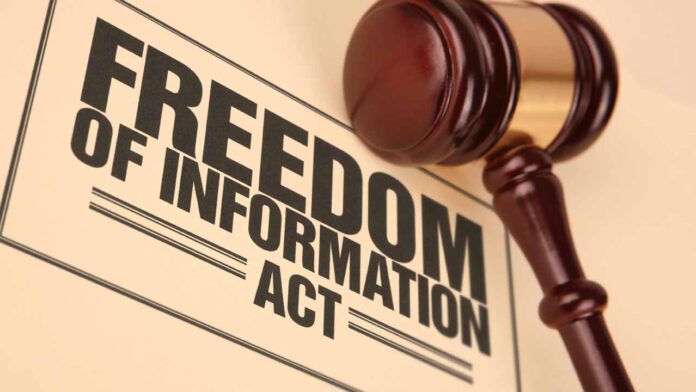 They sounded the alarm recently at a one-day roundtable interactive workshop on the appraisal of the implementation of the FOIA (2011) in Abuja.

Some of the stakeholders were drawn from the General Bureau of Public Service Reforms (BPSR), Open Government Partnership (OGP), Ministry of Justice (MOJ), and Global Analytics Consulting (UK) Limited.

Addressing the forum, Director General of the BPSR, Dasuki Arabi, said the organisation had continuously included state and non-state actors in implementing and understanding the FOIA.

Arabi explained that there would only be a guarantee for good governance and transparency if citizens had access to the information they needed from the government.

He added that the FOIA provides a platform for inclusiveness, holds leaders accountable and aids the decision-making process.

The ICIR reports that BPSR is a leading institution in initiating and coordinating reforms in the public sector and has, in the past years, been working on implementing the FOI Act and making efforts that the law is institutionalised across all MDAs.

In past years, the BPSR has consistently taken top positions in FOI Rankings carried out by various Civil Society Organisations in Nigeria.

The National Coordinator of Open Government Partnership, Gloria Ahmed, commended the BPSR for being compliant with the OGP and carrying out an impact assessment study to ascertain the level of compliance and implementation of the FOIA.

According to her, the assessment revealed that the Act was a remarkable law on paper with little implementation.

She said the involvement of the OGP in the discussion fulfilled one of its key principles, which is co-creation. She assured that her organisation would ensure that the government institutionalises deliberations at the meeting.

The FOIA National Coordinator at the Ministry of Justice, Ayobamidele Bakare, took the participants through the implementation of the FOIA by MDAs in the past years.

He averred that the law mandates public servants to provide information upon request by the citizens because it is their right.

Bakare said that though the law makes provisions for certain information not to be disclosed without authorisation, the law also mandates public institutions to provide information proactively to the public via their websites according to Section 2 (3) a-f. He frowned at how MDAs still withhold some “ridiculously basic information”.

This newspaper reports that all MDAs submit their FOIA report to the National Assembly as required by the Act in January every year. Statistics, however, showed that out of about 800 MDAs, the level of compliance is less than 20 per cent.

The Chief Executive Officer (CEO) Global Analytics Consulting (UK) Limited, Tope Fasua, listed the challenges faced by the FOIA, namely the late adoption of the law by the Nigerian government after many countries already had it in place.

⦁ Lack of funding to process some FOI requests

⦁ Lack of a single filing system of public records

⦁ Websites not maintained and updated

⦁ The literacy level of citizens

The forum also made some recommendations to push the FOI further. They include:

⦁ Proactive disclosure of information by MDAs to promote transparency

⦁ Need for the National Assembly to state clearly that FOIA applies to states.

⦁ Clearly defining the meaning of “public interest” ambiguity “as this is the common reason MDAs do not disclose information to the public.”