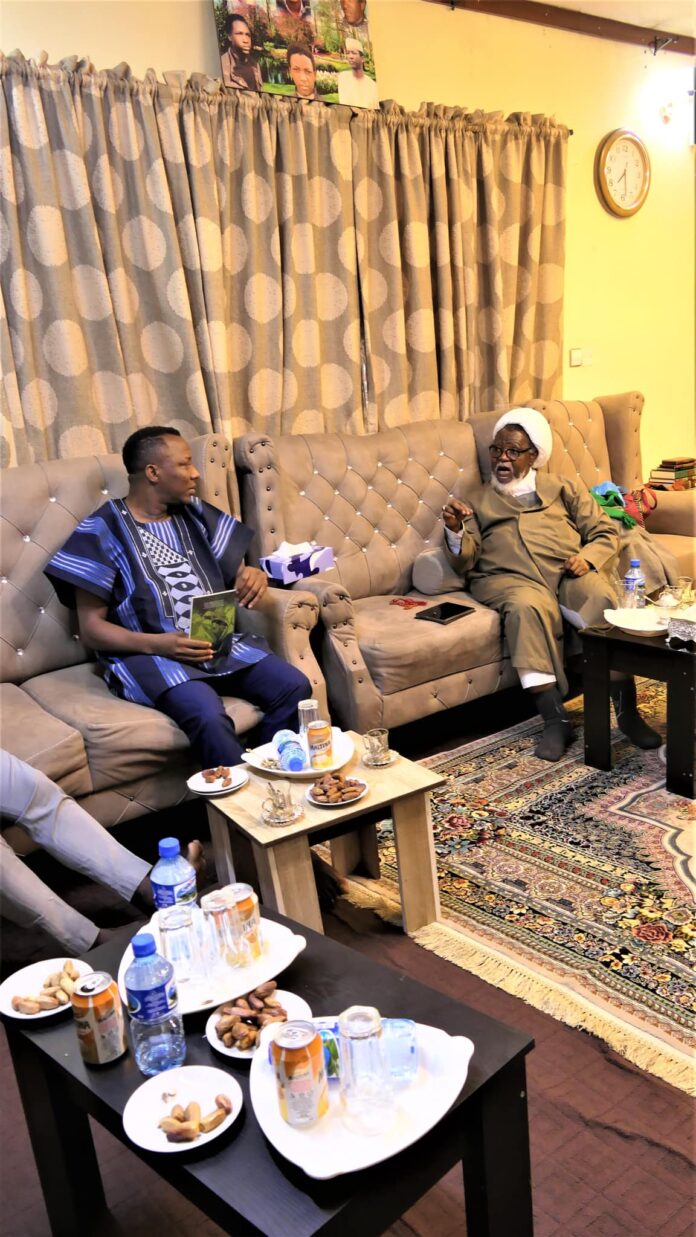 The presidential candidate of the African Action Congress, Omoyele Sowore, visited the leader of the Islamic Movement of Nigeria, Sheik Ibrahim El-Zakzaky, at the latter’s Abuja residence, on Sunday.

Describing the meeting as an amazing one, Sowore took to his Facebook account on Monday, saying, “I visited Sheikh Ibrahim Zakzaky and his family at home in Abuja yesterday (Sunday). It was an amazing meeting. Later inspected the models of his properties destroyed by the @MBuhari regime plus the heartbreaking photos of his six boys murdered between the Muhammadu Buhari regime and that of Goodluck Jonathan. Also spoke with his wife who was badly injured during the #ZariaMassacre in 2015.”

See photos of their meeting below: