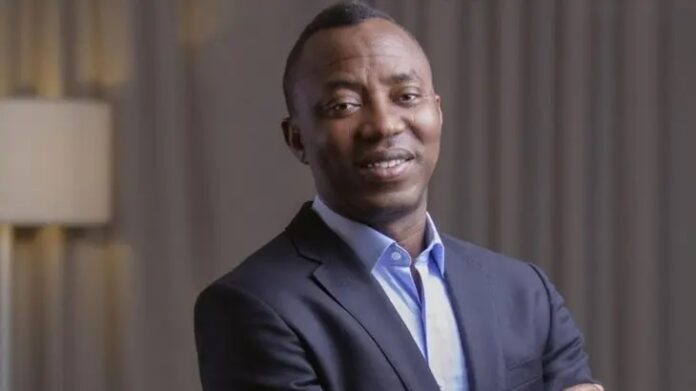 Omoyele Sowore, the African Action Congress (AAC) presidential candidate, has denounced the court injunction preventing the Labour Party and Peter Obi’s supporters from having a rally at Lekki Toll-Gate in Lagos.

The ObiDatti23 Forward Ever Rally was scheduled by the Obidients to take place in Lagos on October 1, 2022. They planned to converge at the facility before proceeding to other places.

But Justice Daniel Osiagor who gave the order said the Labour Party supporters can pass through the facility for its rally but must not converge there.

Reacting, Sowore in a post on his official social media handles, said it was dangerous that a judge could give such an order stopping the peaceful gathering.

He wrote, “It is completely wrong for anyone to have gone to court to stifle a legitimate political gathering by @PeterObi supporters at #Lekkitollgate and equally dangerous that a judge gave an order stopping the gathering.

“It is a matter of time before a crazy injunction is granted that opposition groups can’t campaign in @OfficialAPCNg stronghold. I totally condemn these acts”.