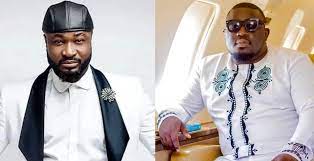 However, the talent manager, Soso Soberekon, responded to the claims made by the musician, posting a two-page letter from his attorneys, Limit Legal Partners, on his Instagram page on October 4th, 2022, demanding an immediate denial, an apology, and payment of damages in the amount of N500 million for libel.

The letter reads in part; “Our client has consequently directed us to request for a retraction of the said publication and an apology to be published in two (2) major newspapers and several online news outlets and not later than seven (7) days of the delivery of this letter and also the payment of the sum of N500,000,000 (Five hundred million Naira) as damages and compensation for the malicious publications made against our client.”

Soso also wrote via his Instagram page; “As a matter of fact, I always mind my business, stay on my lane and put smile on people’s faces.”

“It is very disappointing that Harrysong will make such a false, reckless and defamatory statement.”

“Please to my supporters, remain calm, this will be addressed and will be handled properly and legally. Thanks.”