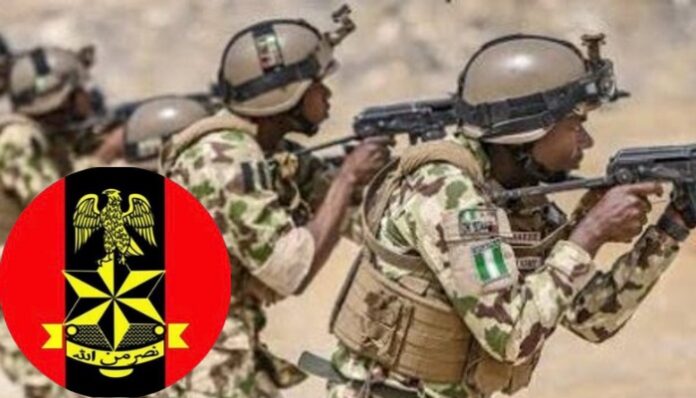 The Nigeran Army on Tuesday said the General Officer Commanding of One Division alongside a team of operational commanders arrested three terrorists and killed one during a fighting patrol in Kaduna State.

The patrol team was said to have engaged the terrorists in a gun duel. The terrorists were overpowered by the team led by Major General Taoreed Lagbaja.

A statement by Army Spokesperson, Brig. Gen. Onyema Nwachukwu, said 18 motorcycles and arms and ammunition were recovered from the terrorists.

In the firefight that ensued during the engagements, the patrol team overpowered the bandits with superior firepower, neutralising one of them, while three others were captured alive, as some of the criminal elements escaped with gunshot wounds. The patrol team also recovered one AK 47 rifle, 27 rounds of 7.62 mm special ammunition and 18 motorcycles. ”

Onyema urged members of the public, particularly health facilities and paramedics to watch out for persons seeking medical attention for gunshot wounds, asking them to report to such to security agencies.