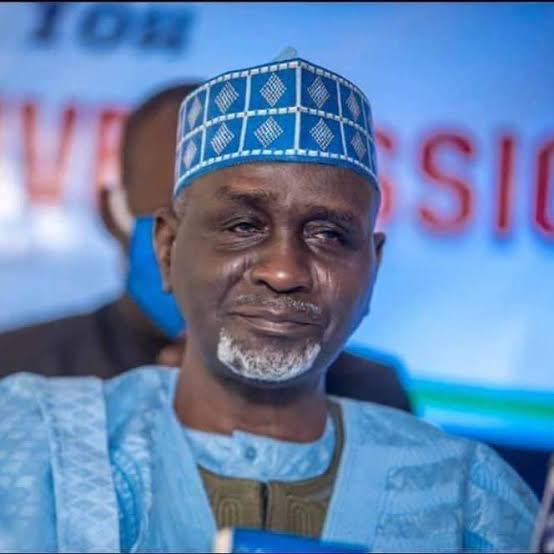 Shekarau joined the NNPP in May 2022 after defecting from the All Progressives Congress on the platform of which he won the senatorial seat.

He announced his latest defection in Kano where he said all his supporters also crossed to the PDP.

“I, Ibrahim Shakarau, inform you that from Monday, August 29, 2022, my supporters and I have dumped the NNPP and joined the PDP.

“I have written to the NNPP National Chairman, chairmen at the state, local governments, and ward levels of the party that I have dumped the NNPP.

“I have equally written to the INEC Chairman and to the Kano State Resident Electoral Commissioner of INEC that I am no longer contesting the senatorial position on the platform of the NNPP,’’ he said.

Shekarau urged his supporters to work for the PDP to ensure that it emerged victorious at the 2023 general elections.

He was consequently registered into the PDP by its North West vice-chairman, Bello Hayatu-Gwarzo.

The party’s National Chairman, Iyochia Ayu, presented a membership card to Shekarau at the occasion.

In his remarks, Ayu said the PDP was built by leaders collectively, saying “there will never be individual leader in the party.

He said the party is proud of Kano State, more especially now that Shekarau has joined the party.

Also speaking at the occasion, Atiku Abubakar thanked party supporters in Kano State for gracing the occasion in spite of Monday’s heavy downpour.

He noted that the turnout showed Shekarau’s prominence in Kano State’s politics.

“We are happy to have you (Shakarau) in the party; you are very important to us likewise Kano State,’’ Abubakar said.

Shekarau had in 2014 defected from the APC to the PDP.

That year, he protested against APC for giving the party’s structures in Kano to another former governor of the state and current presidential hopeful, Rabiu Kwankwaso, who was the governor at the time, following the latter’s defection to APC, also from the PDP.

Shekarau rejoined the APC in 2019 and contested the Kano Central Senatorial position, a position he is still enjoying, and dumped the party for NNPP some three months ago.

His defection followed weeks of lobbying from both APC and PDP, each trying to woo Shekarau to its side.

Last week, Shekarau explained that Kwankwaso and his group betrayed the trust reposed in them by aligning with NNPP months ago.

“All the agreements we had with him were betrayed by Kwankwaso and his boys and they did not accommodate one single person from my camp,” Shekarau said as he left the NNPP.