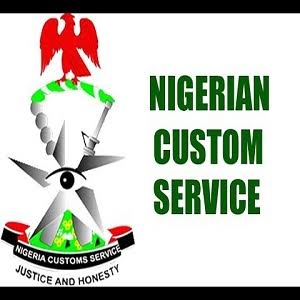 The Senate Committee on Ethics and Privileges on Tuesday decried the invasion of the popular Oja Oba and Bodija markets in Ibadan, the Oyo State capital by officers of the Nigeria Customs Services.

Men of the revenue-generating agencies had last week invaded the Oja Oba market and carted away eight truckloads of rice and money found in the shops of the affected traders.

Checks revealed that the operation of the NCS was carried out after a month when they raided Bodija International Market, where they carted away numerous bags of rice.

The Senate Committee in its resolutions urged the Comptroller General of Customs, Hameed Ali, represented by his Assitant Comptroller General, Garba Mohammed, to ensure that the seized goods were returned to the affected traders within two weeks, their shops unlocked while money taken from the shops be equally returned.

Individuals senators expressed reservations that the action of the NCS was a breach of the Customs Act and the Executive Order signed by former President, Chief Olusegun Obasanjo in 2007 which empowers the agency to only impound smuggled goods, 40 kilometres radius to the border.

Senator Akinyelure who recalled that a similar string operation carried out by the NCS in Katsina State led to the dismissal of the officer who led the operations while the confiscated goods were returned to the traders on the order of President Buhari urged the Comptroller General of Customs to extend the same gesture to traders in Oyo State.

He said: “Why do you allow the goods to come in through the borders and they find their way to the market of innocent citizens?

“These people are retailers, they don’t have the capacity to import. There are no reasonable grounds for your people to go to the market in the thick of the night. The market isn’t within a 40km radius of the border.

“Some people gave you information and you didn’t verify.

“There was precedence in Katsina and the officers were sacked. Is this the time to go and raid helpless women who borrowed money to do their businesses? You also took their money from their shops, you admitted. Is money also contraband?

“You should stop raiding market and car shops.

“This Committee is sending a message to Ahmadu Ali that the same thing happened in Katsina. We are appealing to the CG Customs to return the goods taken in Bodija and Oja Oba markets.

“They should return those goods within 15 days. Tell the CG to unlock their shops so that they can continue to do their business. The market isn’t within the 40km radius of the border.

“You are heating up the polity, punishing innocent people. The real people who bring in the rice you know them. We are telling you to return their goods and money in two weeks.

“Whatever decision you take, you must come back to this Committee. The rice and garri must be returned. You must also unlock their shops.”

Senator representing Oyo South, Kola Balogun said the “officers of Customs owe Nigerians an apology for this kind of raid. The procedure is wrong.

“The Act says you can seal off the shops in the presence of the owners, not to go there at night. If it happened in Katsina and the goods were returned, why can’t we do a similar thing in the case of Bodija? What is sauce for the goose is sauce for the gander.”

The Assistant Comptroller General of Customs, Garba Mohammed, however, defended the action of his officers. He said the operation was done within the ambit of the law enacted by parliament.

He said: “Section 147 of the Customs Act has empowered us for the purpose of carrying out the powers given to police officers to search premises where there is ground to suspect that contraband was concealed, whether day or night.

“We have the right to break windows or shops where there are reasonable grounds.

“The seizure was based on intelligence gathering. We don’t intend to put people out of business. The CG of Customs is a transparent person. In the case of Katsina State, I don’t know the circumstances. If it is foreign rice, I doubt if it would have been returned.

“We are only implementing the laws, we don’t make it. If we put people out of business, how are we going to make money? Our investigation is still going on.”