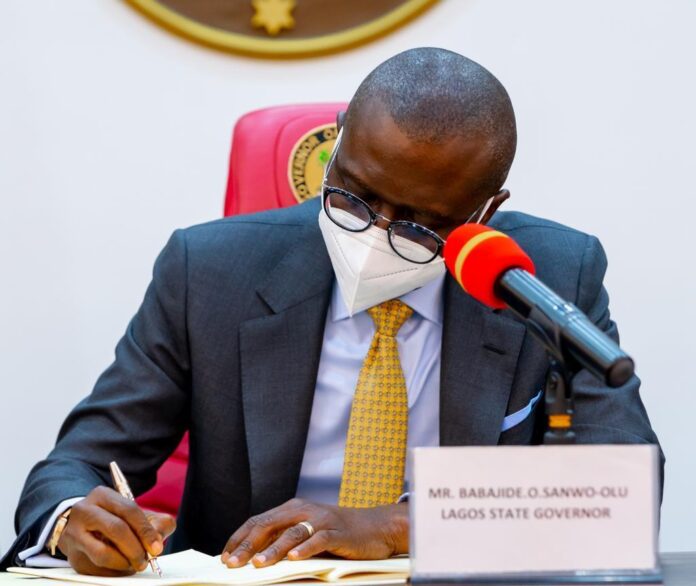 The late Dr. Emmanuel Abiodun, an educationist, died at aged of 89 on Monday after a brief illness.

Governor Sanwo-Olu in a statement issued on Tuesday by his Chief Press Secretary, Mr. Gboyega Akosile, urged Governor Abiodun, the deceased family, friends and entire people of Iperu-Remo and Ogun State in general to immortalise the good name of the late octogenarian.

He said: “The death of a loved one, especially patriarch of a family, is usually painful as it is irreparable but we must always take solace in God for a good life lived by the deceased.

“On behalf of the good people of Lagos State and my adorable wife, Ibijoke, I sympathise with my friend and brother, Governor Dapo Abiodun, on the demise of his beloved father, Dr. Emmanuel Abiodun. I also send my heartfelt condolences to Mama, Mrs. Victoria Abiodun and the entire Abiodun family in Iperu-Remo and the people of Ogun State over the death of the patriarch of Abiodun family.

“Papa Abiodun, fondly called ‘Baba Teacher’ by young and old due to his relentless efforts at imparting knowledge and inculcating the right values in his students, lived a fulfilled life as an educationist. He served as a school teacher for many years across the old Western State and made positive impact on the lives of his numerous students who have turned out as great men and women in the society today.

“The elderly and wise counsel of Papa would be sorely missed not only by his family but the entire people of Iperu-Remo. I pray that God will grant the deceased eternal rest and grant the family the fortitude to bear the irreparable loss.”