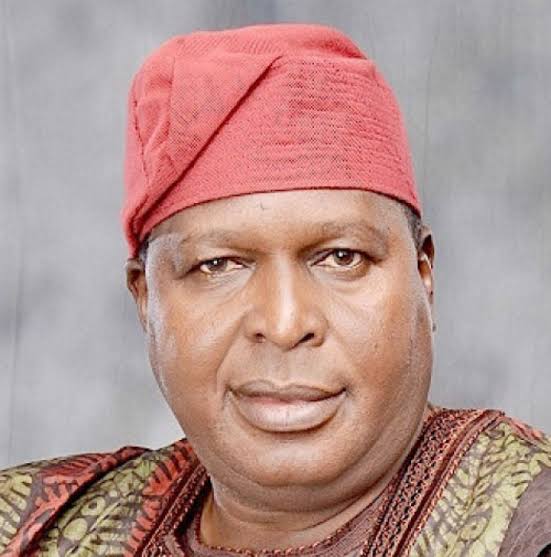 Otunba Runsewe who was in Ado Ekiti to inaugurate the Local Organising Committee, LOC , for 2021 National Festival of Arts and Culture scheduled to be hosted by Ekiti.State made this revelation when rubbing mind with the Senior Special Assistant to the Governor of Ekiti State on Tourism Development, Ambassador Wale Ojo- Lanre at the Fajuyi Park, Ado Ekiti.

Otunva Runsewe who disclosed to the SSA on Tourism Development that he had been conducted round the major facilities need for the hosting of the 2021 NAFEST in Ado Ekiti by the State Commissioner for Arts , Culture and Tourism , Prof Rasaki Ojo- Bakare said that Governor Fayemi is not only a philosopher Governor but a well grounded strategic soul who believed in erecting sustainable structures for Development to thrive.

He said he was impressed by the conducive atmosphere created by Governor Fayemi which has engendered a blissful night experience in the state.

Otunba Runsewe told Ojo-Lanre that ‘ what I have seen today via the tour of some major facilities needed for the hosting of NAFEST 2021 in Ekiti State have proved that Ekiti is ready for the hosting with the total support and appreciation from a Governor who thinks, act and ensures the resucitation of arts and culture in the state.

Ojo-Lanre informed the visiting DG that Ekiti is not only a paragon of tourism but the only state where a rock harbours a natural amphitheatre which can sits 250 and which also has 7 caves and under rock tunnel.

Some members of Ekiti tourism stakeholders which include Messers Moyo Aina, chairman of Motif Funland Amusements Resort, Iworoko; Tunde Dada, Barrister Tunde Aina and Diran Ojuolape commended Otunba Runsewe not only for doing good work at preserving the cultural heritage of Nigeria but also for his interest and push for hosting the national festival in Ekiti State.