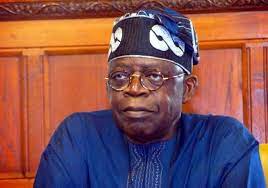 There are indications that the northern governors of the All Progressives Congress from the North-West and North-East are divided over the choice of a suitable running mate for the party’s presidential candidate, Asiwaju Bola Tinubu.

This is as the former Lagos State governor on Sunday revealed that he was still searching for his running mate for the 2023 presidential election.

The development is coming in the wake of controversy over Tinubu’s claims that he lost his academic certificates in his submission to the Independent National Electoral Commission.

A party chieftain, who spoke on condition of anonymity, told journalist  that the delay in settling for an acceptable candidate among the governors spurred the party to temporarily opt for a placeholder.

The APC had submitted the name of a party chieftain in Katsina State, Ibrahim Masari, to the Independent National Electoral Commission as its surrogate running mate.

Masari is a serving board member of the National Institute for Policy and Strategic Studies in Kuru, Plateau State.