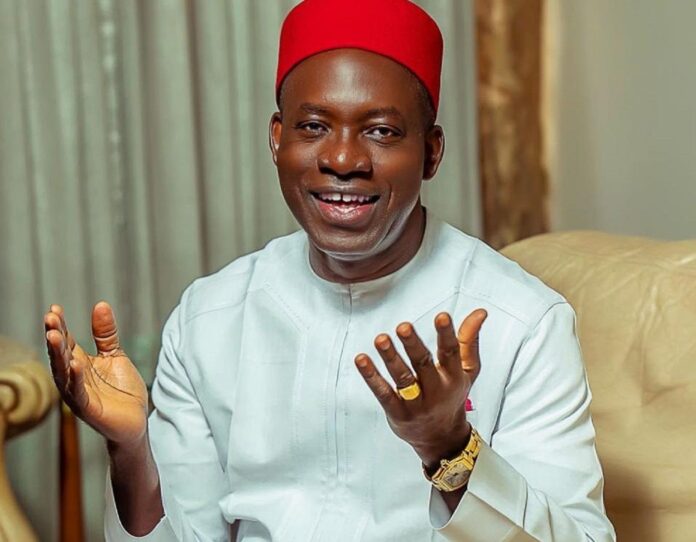 A socio-political youth group, Coalition of South-East Youth Leaders, has issued a 48-hour ultimatum to the Anambra State Governor, Prof. Chukwuma Soludo, to restore the campaign billboards of the presidential candidate of the Labour Party, Mr Peter Obi.

Obi’s billboards and those of the LP Anambra Central senatorial candidate, Victor Umeh, located at the Nnamdi Azikiwe University temporary site were removed by the Anambra State Signage and Advertisement Agency, on Saturday.

The agency said the candidates did not follow the laid down procedures for erecting billboards.

But in a statement on Thursday, COSEYL, while condemning the removal, described the action as illegal, saying that the advert fees were fully paid for by the candidates.

It read, “We condemn in strongest terms the illegal removal of the campaign billboards of the presidential candidate of the Labour Party, LP, Mr Peter Obi and the Anambra Central Senatorial Candidate Senator Victor Umeh which advert fees have been fully paid for by them.

“We have waited for some days hoping that Governor Soludo will correct the error of such great dishonour against Ndigbo but he has not corrected himself.

“The illegal action by Soludo to remove campaign billboards of these noble candidates because they are not in his political party is unconstitutional and undemocratic, to say the least.

“We are aware that why Soludo is after Mr Peter Obi and Senator Victor Umeh because these two personalities represent integrity, sincerity and transparency which is a variant of what Soludo believes in.

“The actions of Soludo clearly show that he ventured into politics because of his selfish desire which is why he is disturbed anytime he sees the billboards of these men of integrity and transparency.

“We give Governor Soludo 48 hours to replace those billboards of Mr Peter Obi and Senator Victor Umeh which he illegally removed or face the wrath of the youths.

“It is quite unfortunate that only the democracy dividends of Governor Soludo are to insult the sensibility of Ndigbo and what Ndigbo stands for. He is also on the opposing side of Igbos’ integrity and always does the direct opposite of what he says.

“We warn Governor Soludo to remove the hand of the monkey from soap before it turns to the hand of a human being. Enough said!”