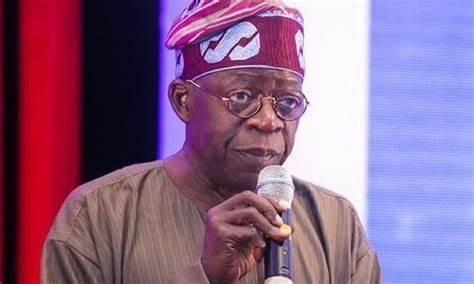 Asiwaju Bola Ahmed Tinubu, the presidential candidate of the All Progressives Congress, on Wednesday said there was a plan to sabotage the coming election.

Tinubu cited the lingering fuel crisis and naira redesign by the Central Bank of Nigeria as part of the plot to scuttle the poll and his expected victory.

The PDP argued that Tinubu was simply exposing the failures of the APC regime, insisting that his defeat in the election was imminent.

Speaking in Yoruba, the former Lagos State governor stated, “They don’t want this election to hold. They want to scuttle it. Will you allow them?”

He, however, encouraged Nigerians to defy the fuel scarcity to exercise their franchise, stating that the poll would be a superior revolution.

“They have started coming up with the issue of ‘no fuel’. Don’t worry, if there is no fuel, we will trek to cast the vote.

“If you like, increase the price of fuel, hide the fuel or change the ink on the naira notes, we will win the election. We will use our PVCs (permanent voter cards) to take over the government from them; if they like, let them say there is no fuel, we will trek there (polling booths).

“They are full of mischief, they want to create a fuel crisis, they have started creating a fuel crisis, but, forget about it, put your mind at rest, I’m assuring you. I, Asiwaju will end fuel scarcity.

“If you like, change the ink in the naira note, we will win the election, the opposition will be defeated.”

Addressing  youths who thronged the rally, a  former Lagos State governor promised that his administration would end the issue of strikes in the university system if elected into office in February.

He also promised student loans, pledging to ensure no student spends an extra year on any course.

“Great youths, I’m assuring you one thing: there will be student loans, nobody will drop out of the university because of school fees.

“I guarantee you that. Nobody will have to repeat class for eight years and not graduate, we are too smart, we are brilliant, we are courageous, we are sharp, we will make a four-year course a four-year course. Do you agree?  Will you vote? Whether there is fuel or not, call your sisters.”

While assuring the APC standard bearer that the support from the state would be 100 per cent, the governor of Ogun State, Dapo Abiodun, added that Tinubu is the best deal for the country at this period.

Abiodun, who also called on the people of the state to go all out and claim their permanent voter cards, noted that the candidates of the APC were the best.

Our correspondent reports that the rally almost turned into an exhibition of assorted charms as hoodlums loyal to a candidate in the South-West threw caution to the wind during the programme.

The atmosphere at the stadium became tense following the show of force by the hoodlums who displayed charms.

Pandemonium later broke out when some students who were at the event clashed with the thugs who were attacking people.

During the melee, one person collapsed while two others were stabbed.

Many people took to their heels during the violence which was later brought under control.

Speaking on Tinubu’s comments on a plot to scuttle the polls, the National Publicity Secretary of the PDP, Debo Ologunagba,  stated, “This is exposing the failure of the APC-led government where Tinubu is the national leader.

In a statement on Tinubu’s allegation, the Atiku/Okowa Campaign Organisation berated the APC candidate for “trying to blackmail President Muhammadu Buhari and blame the All Progressives Congress-led Federal Government over his looming devastating rejection by Nigerians.’’

The Spokesperson for  the Atiku/Okowa Campaign Organisation, Kola Ologbondiyan, described Tinubu’s statement as a face-saving measure ahead of his looming electoral defeat.

He stated, “Our campaign finds it pathetic that Asiwaju Tinubu is seeking a face-saving measure ahead of his shattering electoral defeat by shedding crocodile tears and claiming that the redesigning of the naira notes and the fuel crisis under the APC administration, which he has reportedly been corruptly benefitting, were plots to scuttle the 2023 general elections

“It is unfortunate that Asiwaju Tinubu is trying to hoodwink Nigerians by seeking to exonerate himself and blame others in the Buhari led-APC administration for the biting fuel scarcity in the country,  when in reality, he (Asiwaju Tinubu) is known to be behind the insensitive and anti-people policies that have brought so much calamity to our country,  including the current persistent fuel scarcity.

“It indeed speaks volumes of Asiwaju Tinubu’s character, that while he is reported to be hugely involved in the corruption in the petroleum sector, which had led to the fuel crisis, he is pretending to care for the pains Nigerians are passing through just because it was beginning to affect his political life ambition.’’

Furthermore, the PCC said it was clear that Tinubu was lamenting the naira re-designing “because the policy has frustrated his boastful plots to use slush fund, which he reportedly stashed away in secret vaults, for vote buying and manipulative schemes, including alleged funding of thugs to compromise the integrity of the 2023 Presidential election through the setting up of the Jagaban Army.’’

“Of course, only politicians who have always won elections by relying on bullion vans have become troubled over the CBN monetary policy to redesign the naira,’’ the statement added.

The campaign council advised him to withdraw from the race “before the Waterloo of his loud defeat by Atiku Abubakar, the Presidential candidate of the Peoples Democratic Party.’’

It also accused Tinubu of trying to distance himself from the Buhari regime which “he told the world that he brought into office just because he wants to beguile Nigerians and take their votes.’’

The oil marketers said it was wrong for the APC candidate to allege that the current scarcity of Premium Motor Spirit was aimed at scuttling the election.

The National Public Relations Officer, IPMAN, Chief Ukadike Chinedu, stated, “The issue of fuel scarcity has been a recurring issue during transition periods. It is not basically because of this election, no!

“During the time of former President Goodluck Jonathan, I know that it took the intervention of the Senate Committee on Petroleum to sort out the arrears that were owed to marketers by the Federal Government at that time.

“And within the period of time that that issue was on the ground, there was a serious scarcity of petroleum products across the country. And even the labour unions threatened to go on strike then.

“The threat was to ensure that the outgoing government settled the money being owed to marketers. I also know that there was an intervention committee that was set up by the Federal Government to take care of that during that period.”

Also speaking, the President, PETROAN, Billy Gillis-Harry, explained that it was wrong to attribute the lingering fuel scarcity to a plot to sabotage the February election.

He said, “PETROAN says no to that. It is not correct. Petroleum product scarcity is due to the supply glitch and logistics issues that are impacting negatively on the NNPC’s efforts to flood our outlets with PMS.

“So that cannot in any way be designed to scuttle the elections for 2023. It is not correct.”