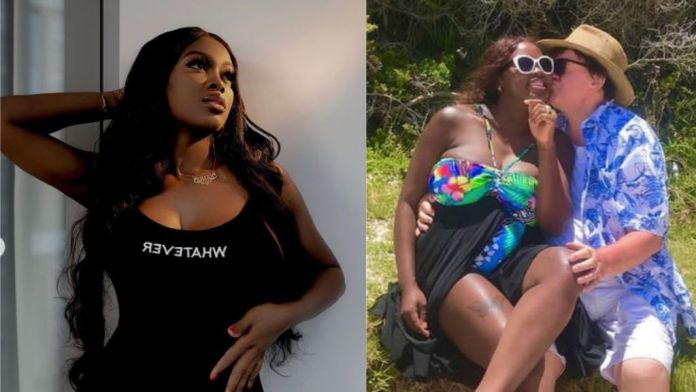 BBNaija 2020 ex-housemate, Ka3na in a post on social media announces the end of her marriage with the husband, Mr Jones as she publicly declares that she’s now legally single.

While addressing herself as Miss Ka3na, the mother of one in the post shared via her official Twitter handle stated that she is making the announcement to the public only for her sanity and freedom.

She asserted that her former husband, Mr Jones remains her better half and father of their daughter, Lila.

Yes I’m legally Single! Not like anyone gives AF!Smirking face Making this public for my sanity and freedom only. Mr Jones remain my better half and father to our lovely daughter. If you still don’t gerit forget aborritSmiling face with sunglasses #wemove.”