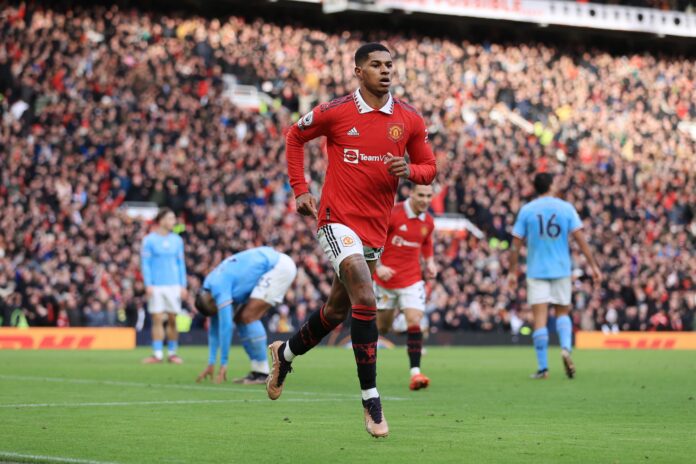 Manchester United came from behind to beat their Premier League arch-rivals, Manchester City 2-1 at Old Trafford on Saturday.

Manchester City were the first to score after substitute Grealish scored to give the away team the early lead, and then Bruno Fernandes equalised to bring Manchester United into the game.

It was not long before Erik ten Hag’s side upped their game to equalise when the skipper Bruno Fernandes converted Brazilian Casemiro’s pass in 78 minutes.

It took only 3 minutes and 42 seconds for Manchester United to score the second goal when in-form England’s forward, Marcus Rashford tapped in Alejandro Garnacho’s pass in 82 minutes.

The result has placed the Red Devils in third position on the table one point behind Pep Guardiola’s side.