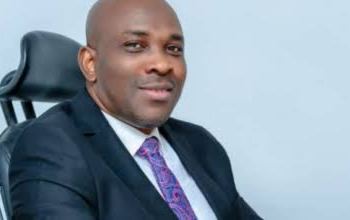 This was announced on Wednesday after an election in Lagos.

Prior to the election, Bolarinwa was secretary-general of the association for two terms.

The new ACAMB president anchored his agenda on the theme: PEAL. An acronym for Partnership & Platform, Engagement, Advocacy and Learning & Value addition.

After the swearing-in with new executives, Bolarinwa thanked members of the association for the opportunity to serve.

He appreciated the immediate past executives and promised to consolidate on the gains and explore new frontiers to take the association to greater heights.

“The new leadership will work assiduously to deliver an ACAMB that encourages and ensures every marketing communication staff in banks aspires and attains the highest level of professional recognition and fulfilment on the job while at the same time being assured of a sustainable livelihood long after exiting the industry,” Bolarinwa said.

We have no time to waste. Work commences immediately.”

ACAMB was established in 1996 as an umbrella body for managers and public relations professionals in the Nigerian banking sector. It was founded as a response to the then negative perception of the banking industry.

The association aims to improve the working relationship amongst banks, the government and the public as well as build trust and confidence amongst all parties, thus promoting a conducive atmosphere for businesses to thrive, among others.