Race to 2023: Can a Nigerian woman become president? 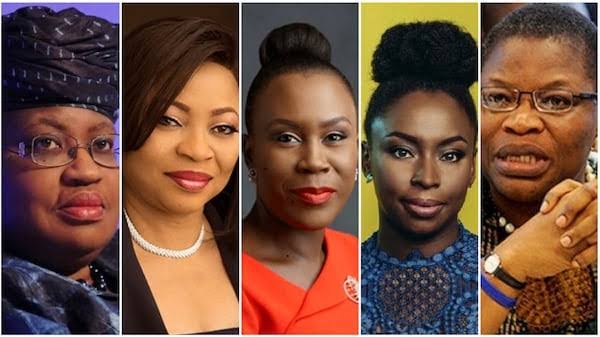 After an article which I wrote and had published a few weeks ago “on the road to 2023”, in which I expressed disappointment at the abysmal representation of women in leadership positions in political parties and government, I was challenged by some concerned Nigerians to list women who have got the needed mettle and pedigree to be President of the Federal Republic of Nigeria.

Before going into the listing of names, l would like to touch on the needed elements in the making of a 21st century Nigerian president. To run a country as complex as Nigeria, we need people with sound mind, passion, vision, strong character, competence, courage and capacity, which unfortunately, is lacking to a great extent in the present crop of leaders in the country.

But the pesky question is; if men had their way running the affairs of Nigeria without any set criteria, why should a bar be set for women since there was no condition in situ for men? The answer to this is that we have to start looking for competent leaders, while we advocate gender parity. There is no doubt both qualified and unqualified women currently in positions in government. However, it’s important that we pursue gender parity while not neglecting competence. Anyone running for office needs to be competent regardless of gender. One of the age-old arguments against gender parity as regards elective office is that competence will suffer if we insist on gender equality. This has been proved to be untenable; some Nigerians are just unwilling to put in the effort to find competent women for their organisations and leadership positions.

What are the hurdles that make women who have been successful in the private sector and other areas reluctant to pivot and apply themselves in public service and party politics? How can women-focused organisations such as ElectHerNG, Winbiz and Feminist Coalition help strategise and improve the chances of women in upcoming elections?

One of the challenges women face along this path is navigating a sinister world where no real procedure is followed — words are not kept, promises are not sacred, and meetings are held at odd hours. For woman/women to be elected as President or Governor, there must be room to ensure the emergence of women in top leadership positions in political parties — not just as women leaders but as party chairpersons, zonal heads, ward chairpersons, public relations, and any other position that will allow more women representation as party executives, and ultimately as delegates — an integral part of the screening process for candidates — and hopefully they will then be able to fight for more women representation in elective posts.

There is also the challenge of funding; elections in Nigeria are capital intensive. In Nigeria today, it costs a fortune to run for any political office let alone that of the President. For instance, Feminist Coalition, a group of young women have shown they know how to raise funds in unconventional ways, considering how they were able to mobilise funds for the #EndSARS protests. So, a female presidential candidate could partner them to crowdsource funds for her electioneering activities — enough to reach every nook and cranny of the 774 local government areas.

The support of men who believe in the #girlchild and equality of women will also be critical in the success of women in politics. While some male politicians haven’t really thrown their weight behind female politicians for major elective offices, it is imperative that any female candidate gunning for an executive position find strong allies that are committed to ensuring she clinches the position. A woman becoming president, governor or party chairperson will change the status quo for good. It requires working across the aisle and political dexterity.

Personally, I think the key to turning around the political and economic landscape in Nigeria is massive women participation in politics. We have seen multiple times how great things are achieved in Nigeria when women mobilise for a common goal.

Please note that this is from a male perspective and so, I’d be glad to hear from women about their thoughts on the chance of a female Nigerian President and the general political landscape in the country. Below are some of the names I received during my survey

Ibukun Awosika:
A distinguished leader and magnate, Ibukun Awosika currently serves as the Chairman of First Bank of Nigeria. She was appointed into the position in September 2015, becoming the first woman to lead the bank. Ibukun chairs a number of corporate and not-for-profit boards amongst which are: House of Tara International and Afterschool Graduate Development Centre (AGDC), a facility which she promoted to help address youth employability and enterprise issues in Nigeria.

She sits on the boards of Digital Jewel Limited, Cadbury Nigeria Plc., Convention on Business Integrity (CBI) and the Nigerian Sovereign Investment Authority. In 2020, she won the Forbes Woman Africa Chairperson Award for her innovative ideas and leadership qualities. Awosika’s ability to lead has been tested and trusted in the course of her career while she is also a fellow of the African Leadership Initiative, Aspen Global Leadership Network, Institute of Directors and Society for Corporate Governance Nigeria.

Abiodun Olujimi:
Sen. Abiodun Olujimi also features prominently on the list of most prominent female politicians in Nigeria largely as a result of her experience in key government and leadership positions. She currently represents Ekiti South at the Senate where she was elected into after serving in various positions including as Deputy Governor of Ekiti State with Governor Ayo Fayose in 2005. Her political career kicked off in 1997 and ever since then, has carved a niche for driving good governance to the grassroots through her advocacy for the right politics and actions both before and in the course of her time at the senate.

Rinsola Abiola.
A young Nigerian that featured prominently on the list of Nigerian women that can be president of Nigeria. Rinsola has been active in the political space since 2015. She is the daughter of late MKO Abiola, the acclaimed winner of the 1993 presidential election. Rinsola has served as a member of the Board of Trustees of Nigeria’s ruling party, the All Progressive Congress (APC). She has also served in several other capacities including being a member True Federalism Committee, 2018 National convention just to name a few. She currently seats on the advisory board of the World Youth Movement for Democracy, she is also a Beijing Eaglet, one of the 25 young Nigerian women chosen by UN women to carry on advocacy regarding meeting the goals outlined in the Beijing Platform for action.

Ngozi Okonjo-Iweala:
Another female leader that has stood out in politics and governance competency is Ngozi Okonjo-Iweala, the current Director-General of the World Trade Organisation (WTO). She has had a varied career including 25-year service at the World Bank where she started as a development economist before becoming a managing director. She has served at various times as Minister of Foreign Affairs, Finance and Coordinating Minister of the economy right from the Obasanjo administration up to 2015 under Former President Goodluck Jonathan.

Arunma Oteh:
Like Okonjo-Iweala, Arunma Oteh has been at the helm of affairs at various global institutions including at the World Bank where she served as treasurer and vice-president from 2015 to 2018. From 2010 to 2015, she was the Director-General of the Securities and Exchange Commission (SEC), where she left a legacy of ensuring transparency and other best practices in the activities of Nigeria’s capital markets, including the Nigerian Stock Exchange.

She is popularly known to have confronted Hon. Herman Hembe, chairman of the House of Representatives Committee of Capital Markets and Institutions over allegations of bribery and corruption while the lawmakers were probing SEC. In addition to the World Bank, other institutions where she has proven her leadership skills include the African Development Bank (AfDB), Harvard Institute for International Development, Eco Bank among others.

Amina Mohammed:
Amina Mohammed is currently the second-in-command at the United Nations where she serves as the Deputy Secretary-General, helping to “build a world where every girl & boy has the tools & support to make their dreams a reality.” Since assuming office at the UN in February 2017, the diplomat has helped in managing the operations of the UN Secretariat while assisting the Secretary-General in carrying out his mandate of raising the profile and leadership of the United Nations. Before she joined the UN, she had worked as the Minister of Environment from 2015 to 2016, during which she executed vital government projects and represented Nigeria in the African Union (AU) Reform Steering Committee.

Aisha Yesufu:
You cannot talk about modern-day activism in Nigeria without mentioning Aisha Yesufu. Co-convener of the Bring Back Our Girls (BBGO) Movement, the advocacy group that has been championing the release of schoolgirls kidnapped from their school in Chibok, Borno State.

In 2020, the microbiology graduate from Bayero University, Kano, was featured on the BBC’s 100 Women list and was also named among the Top 100 Most Influential Africans by New African magazine. Aged 46, she was among the strongest voices in the recent #EndSARS nationwide protests where young Nigerians demanded an end to police brutality and bad governance.

Stella Oduah:
Sen. Stella Oduah has been active in the politics and governance space in Nigeria since 2011, when she was appointed Minister of Aviation in the Jonathan administration, a position she held from 2011 to 2014. She subsequently contested for senate in 2015 and was elected to represent Anambra north in the red chamber. Before her foray into politics, the Accounting graduate worked at the Nigerian National Petroleum Corporation (NNPC) in the 1980s from where she left to establish Sea Petroleum & Gas Company Limited (SPG). During the first year of the 9th senate, Oduah sponsored 26 bills, making her the senator with the highest number of bills in their name during that period. Senator Oduah is known for her negotiating tactics that will be very useful for the chair of a political party.

Abike Dabiri-Erewa:
Before leaving the National Assembly in 2015, Hon. Abike Dabiri-Erewa had been one of the longest-serving female federal lawmakers, representing the people of Ikorodu federal constituency in the House of Representatives for 12 years, from 2003 to 2015. She has also been key to initiating and implementing government policies for the welfare of Nigerians in the diaspora, right from her time as the Chairman of the House Committee on Diaspora Affairs (June 2008 till 2015), to working as the Senior Special Assistant to President Muhammadu Buhari on Foreign Affairs and Diaspora and now as Chairman/Chief Executive Officer (CEO) of Nigerians in Diaspora Commission (NIDCOM) where she currently works.

In addition to her advocacy and calls for justice and fairness for Nigerians abroad, she has been instrumental to key pieces of legislation in Nigeria including the Freedom of Information Bill, Violence Against Persons Bill, Nigerian Infant Welfare Scheme Bill, Nigerians with Disabilities Bill, Nigerian Diaspora Commission Bill, and A Bill to Promote the Advancement of Nigerian Women and Girls, among many others.

Uche Ekwunife:
Sen. Uche Ekwunife, who currently represents Anambra Central Senatorial District, is another female politician that has proven to have what it takes to become the president of the country. She has been a federal lawmaker since 2007 when she was elected into the House of Representatives where she served until 2015 before joining the senate. Ekwunife attended the University of Calabar from where she graduated with a Bachelor’s degree in Business and Accounting in 1993, before starting a career in the banking sector from where she ventured into politics.

…and a lot more