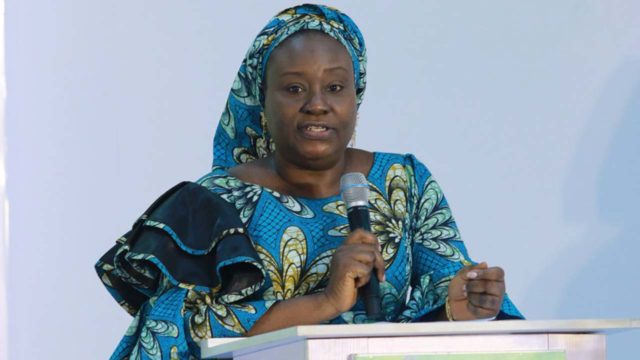 President Muhammadu Buhari has approved the commencement of process for the appointment of new Permanent Secretaries in the Federal Civil Service.

This is contained in a circular by Dr Folashade Yemi-Esan, Head of Civil Service of the Federation (HOCSF) and issued to newsmen on Tuesday in Abuja.

According to her, the new permanent secretaries will fill vacancies of retired and those retiring in 2021 from Ekiti, Enugu, Katsina, Lagos and Nasarawa States.

She explained that only officers in the mainstream Federal Civil Service, who had attained the position of substantive Director on Grade Level 17 on or before Jan. 1, 2019, are qualified.

In addition, she noted that those who had updated their records on the IPPIS verification portal and are from the affected states, were also qualified for the positions.

“Those who are not retiring from service earlier than Dec. 31, 2022 are eligible to participate. Officers undergoing disciplinary proceedings are excluded from the exercise,” the HOCSF stated.

Yemi-Esan said that Permanent Secretaries were requested to forward list of eligible directors on GL 17 in their Ministries, their confidential and personnel files and 20 copies of their Curriculum Vitae.

“Brief on each of the directors should be produced in Microsoft word, which should be submitted in both 20 hard copies and soft copies, via email to ohcsfemd@gov.ng and also in a flash drive; with evidence of State of Origin, not acquired by marriage in the case of female directors.

“The required documents are expected to reach the Permanent Secretary, Career Management Office in the Office of the Head of the Civil Service of the Federation, on or before 4.00pm on Friday, April 30.